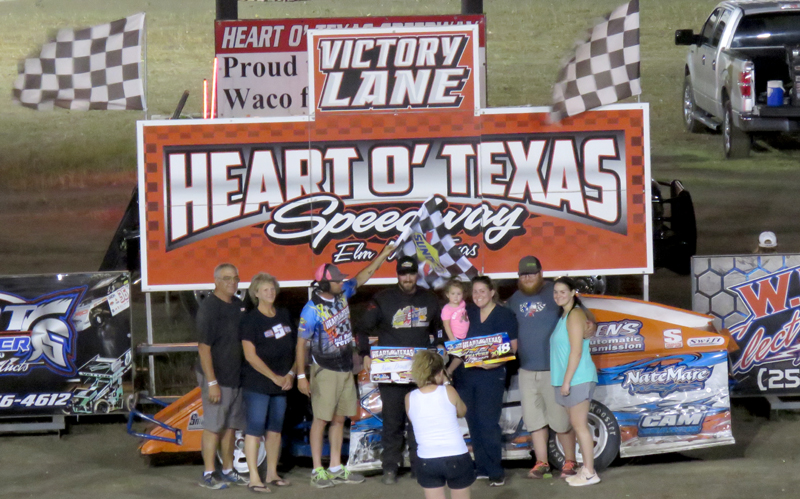 Heart O Texas Speedway kicked off the Fathers Day weekend Friday night! All weekly divisions, including the IMCA Modifieds, IMCA Southern SportMods, IMCA Stock Cars, Outlaw Street Stocks, Factory Stocks, and the Jr. Mini Stocks, were in action! During intermission the men were invited onto the track for the Hoosier Daddy Tire Toss! The winner who threw the tire the farthest received $100. Harrison Longcrier was the Hoosier Daddy Tire Toss winner! Check out all the racing action and family fun from Friday night below! 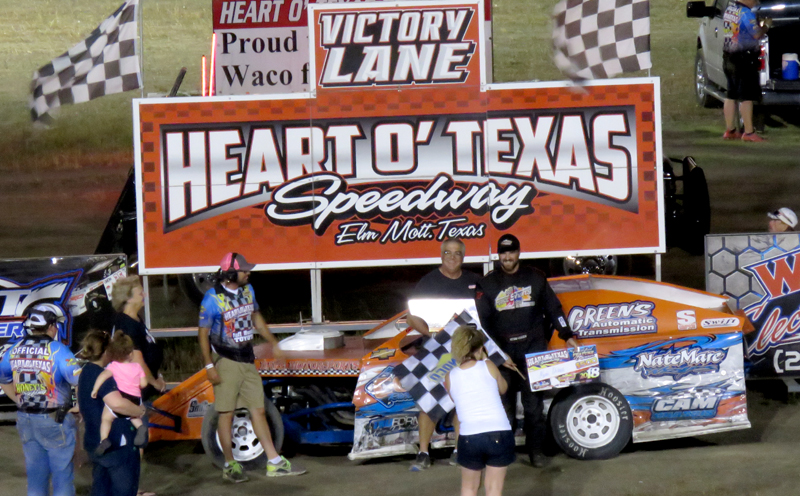 Modified Feature Winner: Good race between Kevin Green, No. 5, and Raymond McSpadden, No. 48! Kevin got past Raymond with a couple of laps to go in the 20-lap Modified feature for the exciting win. Chris Morris, No. 94, came on strong for third, Cody Tidwell, No. 17, was fourth and Dwayne Grantham, No. 27g, was fifth. Eric Tomlinson, Justin Radcliff, David Goode Sr., Rob Slott, and Cody Daniel rounded out the top ten. Twelve cars started the feature. 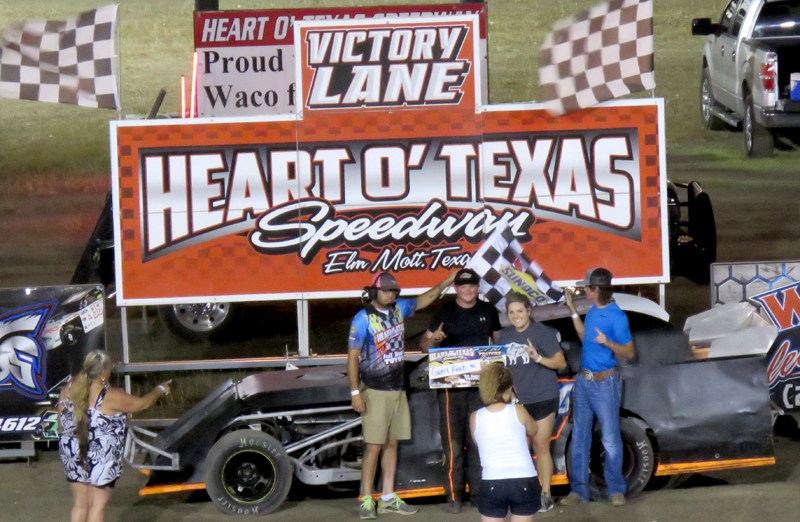 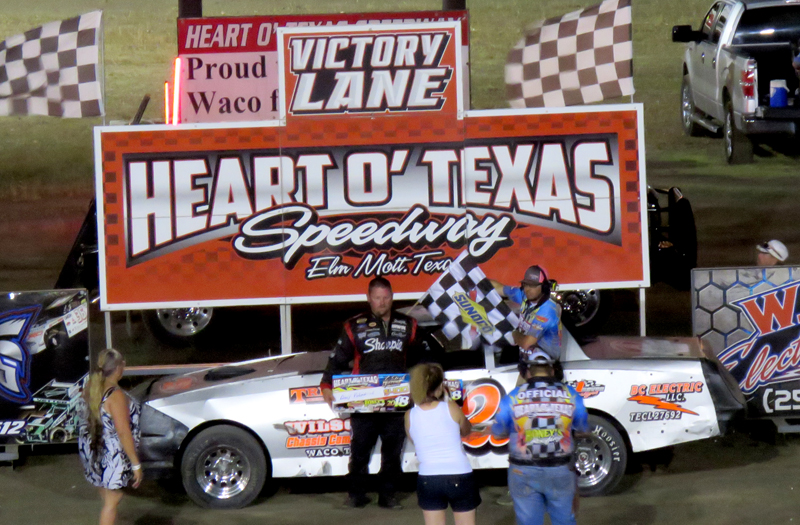 Stock Car Feature Winner: Benji Kirkpatrick, No. 4725, made it look easy! Benji picked up another feature win in the Stock Car class! Joe O'Bryan, No. 14, was second, Damon Hammond, No. 116, was third, Robert Black, No. 07, was fourth and Andy Roller, No. 63, was fifth. Travis Norman, Bryce Pritchett, Robert Black Jr., and John Frydrych, rounded out the field. Nine cars started the feature. 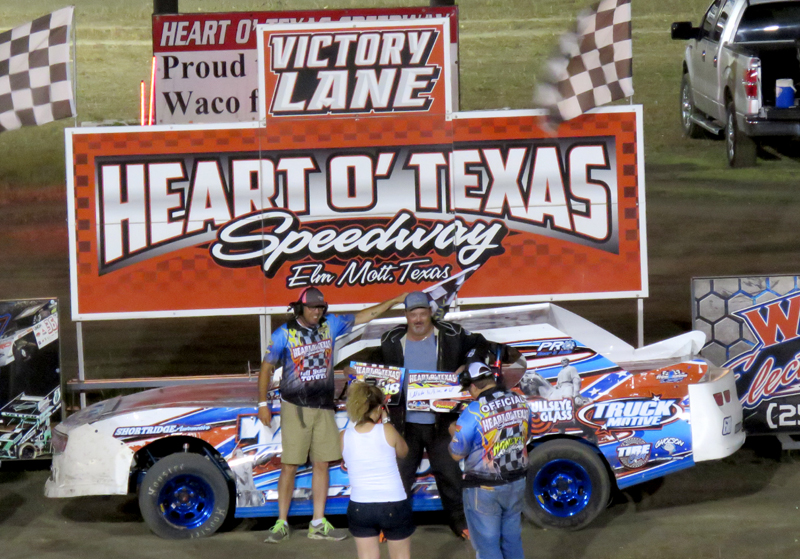 To view a video of the Outlaw Street Stock feature, click below: 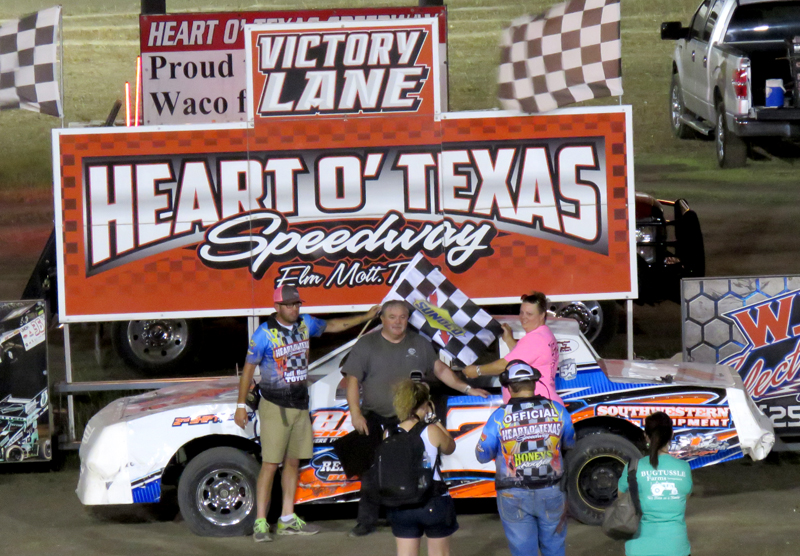 Factory Stock Feature Winner: One of the best races of the night! Ricky Sessions, No. 7, held off a hard charging Shannon Dulock, No. 47, for the exciting feature win! Lance Hanson Jr., No. 5h, was third, Melvin Kemp Jr., No. 54, was fourth and Ryan Hopkins, No. 4, was fifth. Steve Wade, Greg Andrews, Clint Howard, William Dean, and J.D. Nino. rounded out the top ten. Fourteen cars the feature. 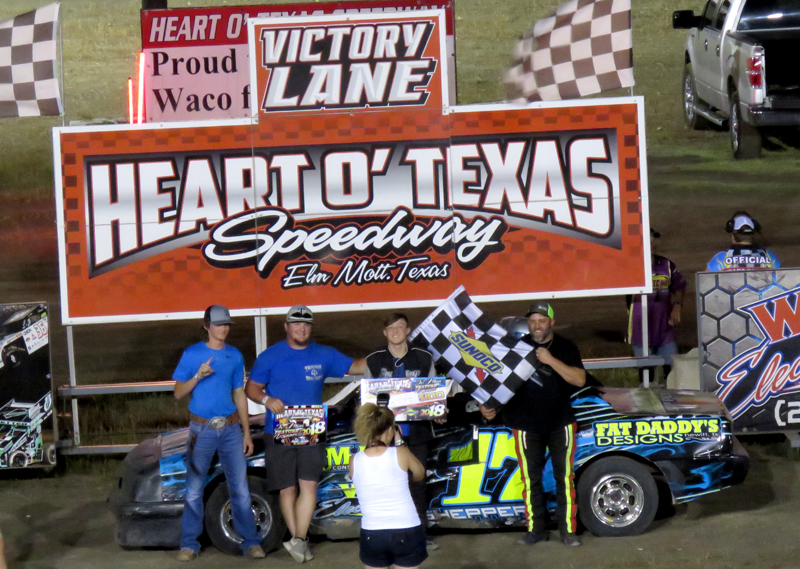 Jr. Mini Stock Feature Winner: Jesse Shepperd, No. 17, picked up his second feature win of the season on a last lap pass for the win! Austin Moore, No. 88, settled for second, Corbin Willet, No. 3, was third, Trevor Cogburn, No. 601, was fourth and Jack Johnson, No. 22j, was fifth.

To view a video of the Jr. Mini Stock Stock feature, click below: 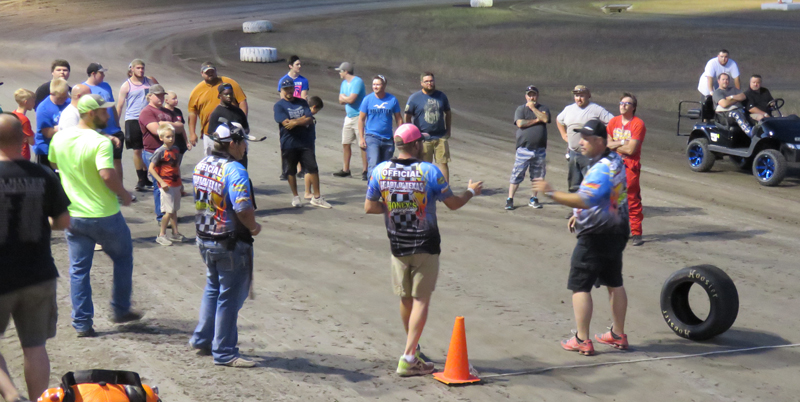 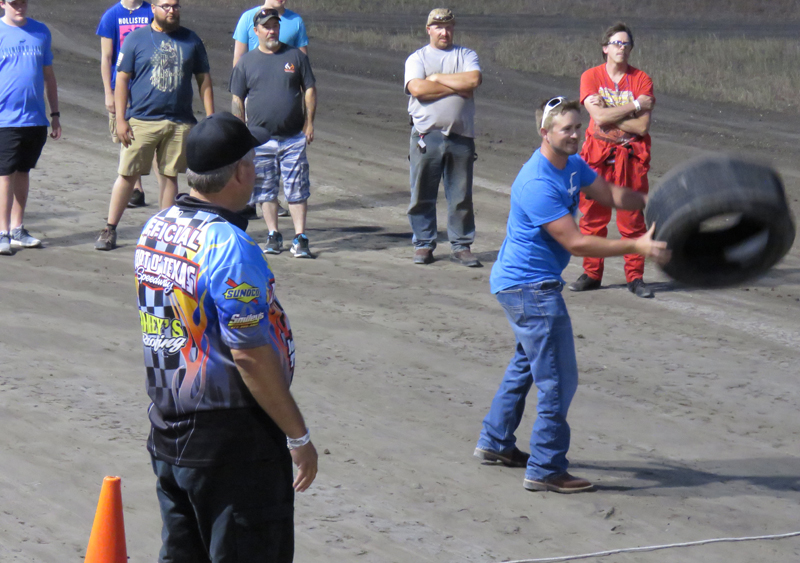 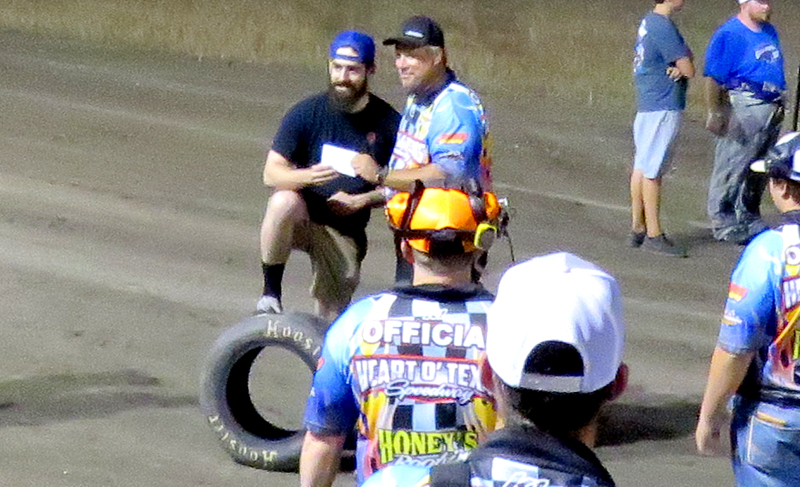 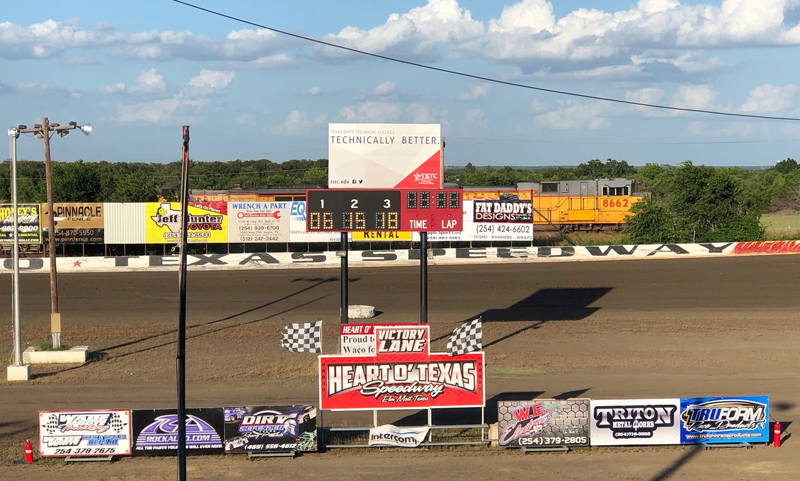 Happy Fathers Day to all the dads from Heart O Texas Speedway!

Next Friday, June 22, Heart O Texas Speedway will host the Sprint Car Bandits and the Childrens Tumor Foundation Night! Along with the Sprints, will be the Modifieds, Southern SportMods, Stock Cars, Factory Stocks, and Outlaw Street Stocks!

For the latest HOT information, go to: www.heartotexasspeedway.com

For all your photo needs, see Stacy at: southernsassphotography

To view a photo slideshow from Heart O Texas Speedway, click on the link below: