LoneStar Speedway, in Kilgore, Texas, held their Annual Topless Turkey Nationals Saturday night. The featured class was the SUPR Late Model Series. In the $3,000 to win SUPR Late Model feature, local Morgan Bagley, No. 14m, held off Tyler Erb, No. 91, for the exciting feature win. Jonathan Mitchell, No. 5m, was third, Zack McMillan, No. 14z, was fourth and B.J. Robinson, No. 1r, was fifth. Albertson, Daniel, Litton, Cummings, and Adams, rounded out the top ten. Twenty-one cars started the feature. 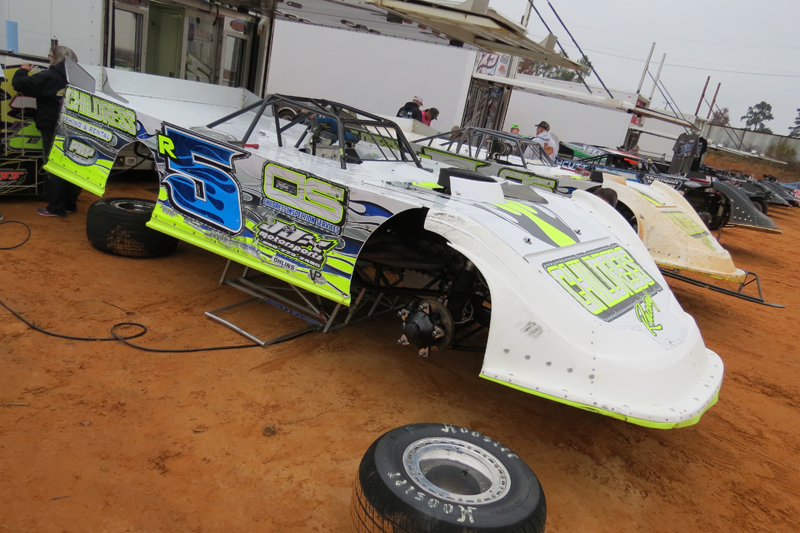 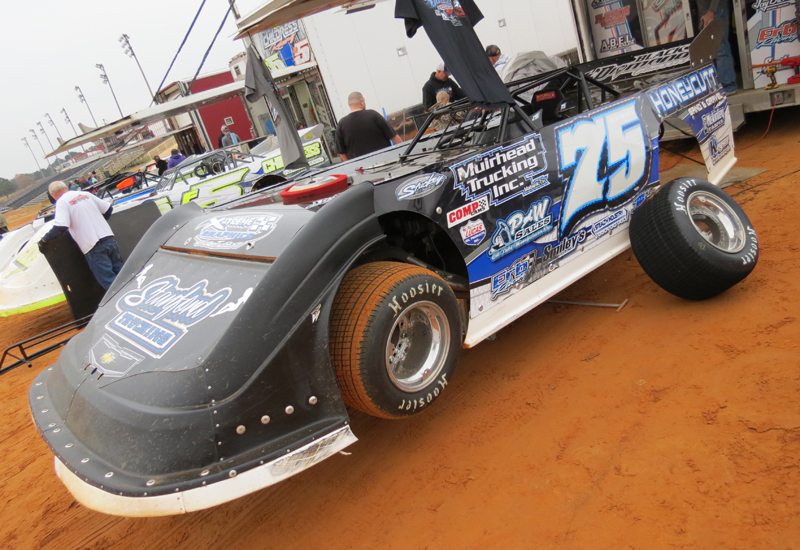 For more information on SUPR Late Models, go to: www.suprracing.com

To view a video of the Late Model feature, click below: 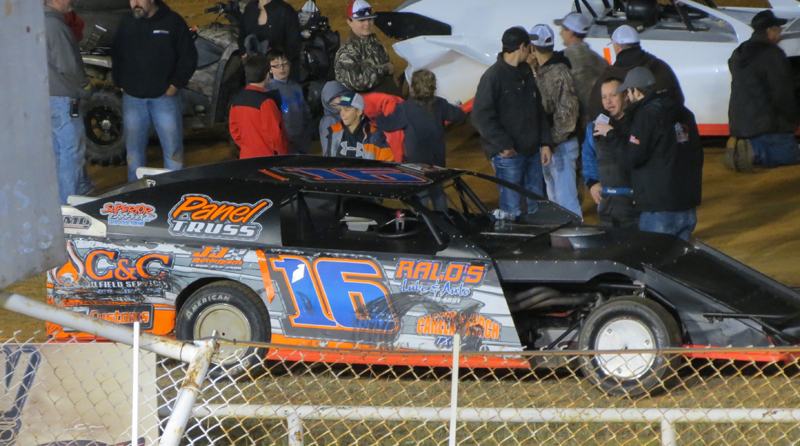 Modified Feature Winner: Ralo Pilkington, No. 116p, picked up his first of two feature wins. Ralo won the Modified, 20-lap, $1,500 to win feature and the Factory Stock feature as well. David Winslett, No. 21, was second, G.W. Egbert IV, No. 717, was third, Chris Henigan, No. 16, was fourth and Patrick Daniel, No. 75, was fifth. Patrick was the last driver to win two feature races at the Turkey Nationals. Giber, Ruffin, Thomas, Taylor, and Rutherford, rounded out the top ten. Twenty-four cars started the feature. 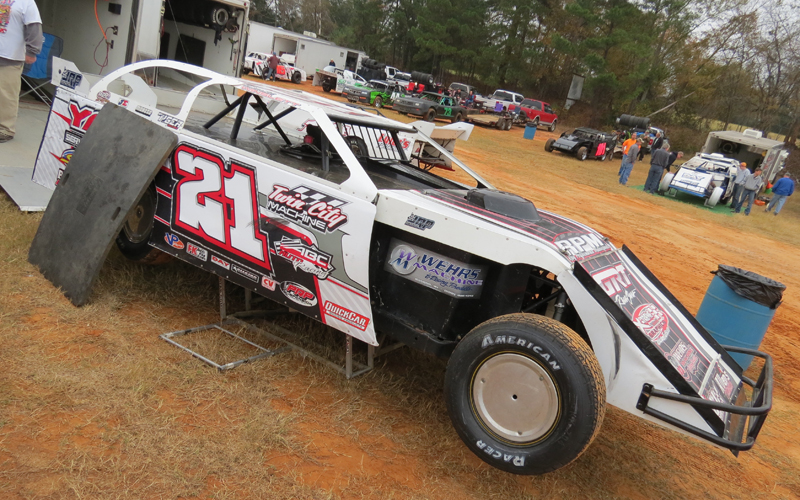 David Winslett No. 21 had a strong second place finish. 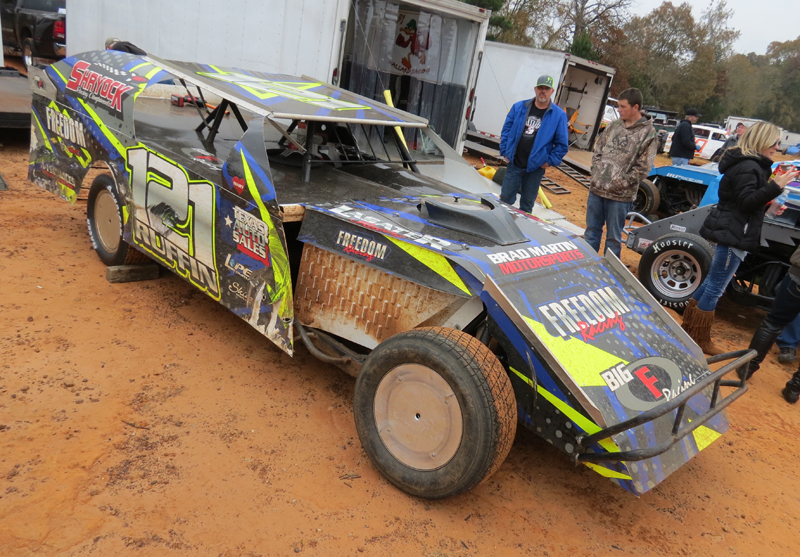 Limited Modified Feature Winner: Dennie Gieber, No. 8, drove a great race, but with three laps to go, Jason Ingalls, No. 14c, got around him for the $750 feature win. Ricky Ingalls, No. 81, was third, Billy Brierton, No. 43y, was fourth and Kevin Simpson, No. 561, was fifth. Brutchin, Collins, Stephens, Nabors, and Wagner, rounded out the top ten. Twenty-cars started the feature. 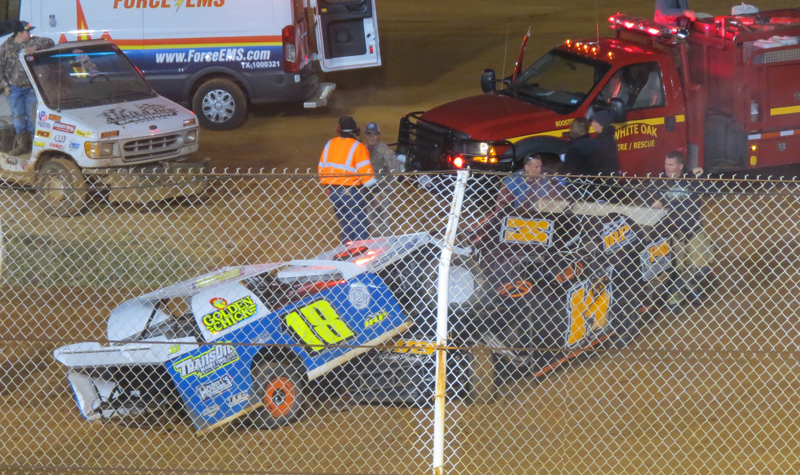 David Anderson and Kelly Lockey were involved in a wreck. 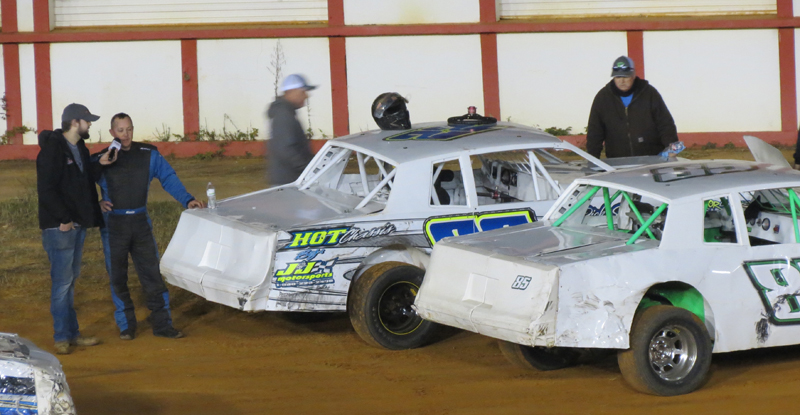 Factory Stock Feature Winner: A good race between Ralo Pilkington, No. 22p, and Chris Davis, No. 85d. Ralo Pilkington, held off Davis for the $500 feature win. Dustin Robnett, No. 1r, got the hard charger, coming from fourteen position to third, Walter Hamilton, No. 1w, was fourth, and T.J. Evans, No. 215, ended up fifth. Meazell, McBride Jr., Bates, Wilkins, and Byrd. rounded out the top ten. Twenty-two cars started the feature. 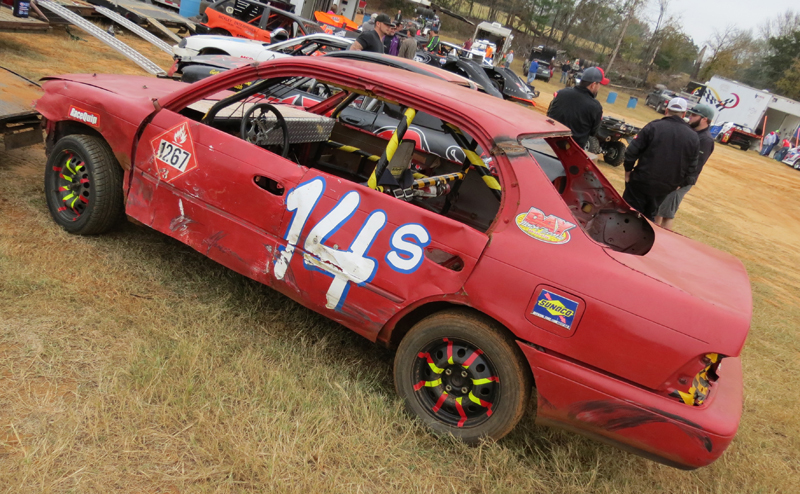 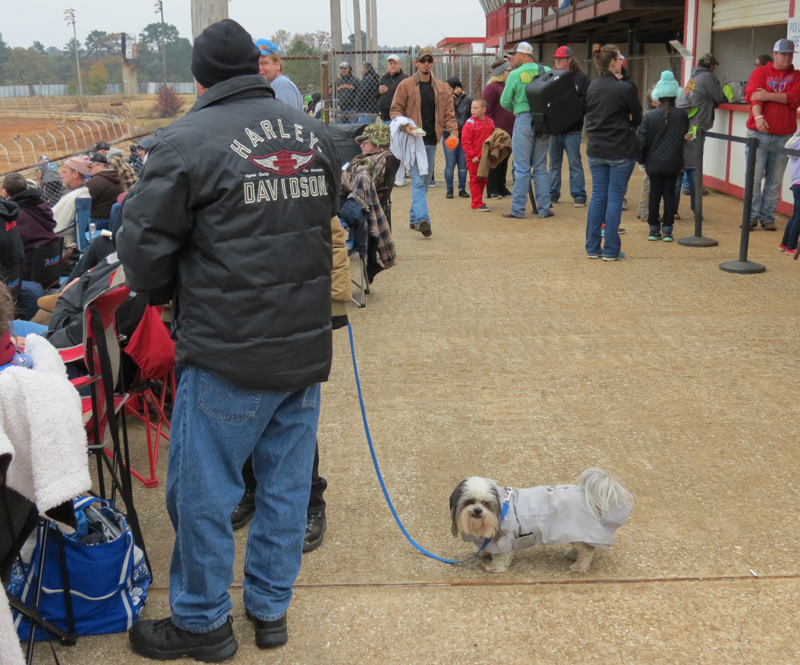 It was a cool fall evening at LoneStar Speedway. 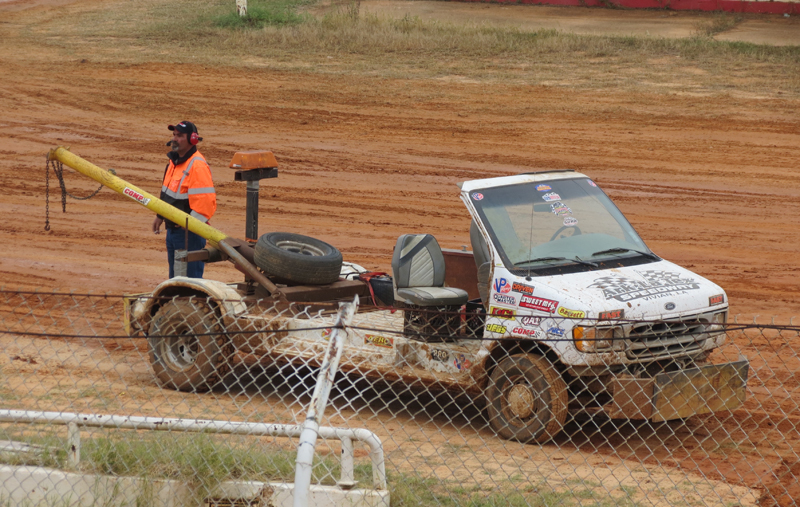 Not pretty but it gets the job done. 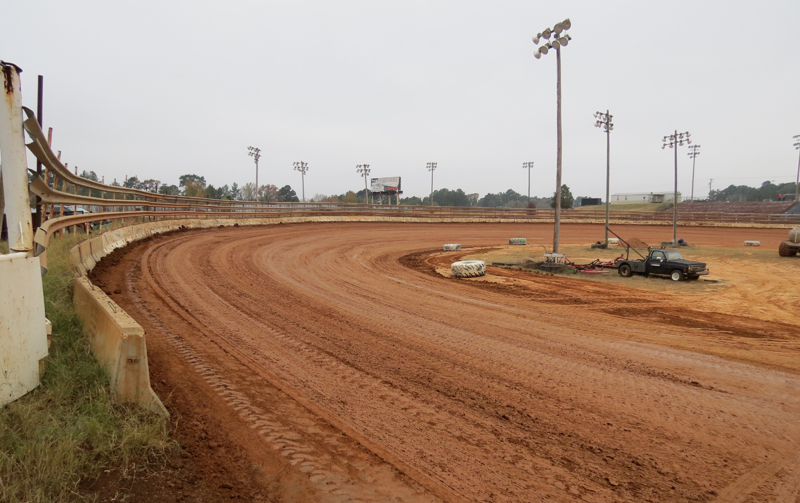 LoneStar Speedway would like to thank all their racers and fans for making the 2016 racing season a success. LoneStar Speedway looks forward to seeing everyone in 2017! The first race of the 2017 season is the 3rd Sprint Smackdown on Saturday, February 11th! March is World of Outlaw month at LoneStar Speedway! Woo will be testing the "High Banks" Friday, March 3!

For OFFICIAL results and more information, go to: www.lonestarspeedway.com

To view some photos from LoneStar Speedway, click below: 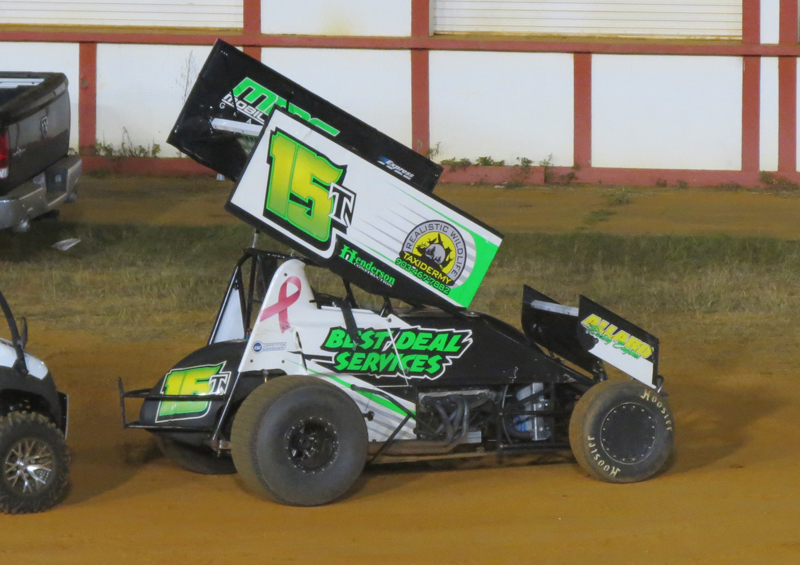 Austin Mundie, No. 4, made it look easy in the $1,200 to win, 25-lap, Sprint feature at LoneStar Speedway's inaugural Fall Sprint Car Nationals in Kilgore, Texas. Sadly, Austin came up a little light on the scales, giving the feature win to Marcus Thomas, No. 15t. John "the Rocket" Ricketts, No. 5r, was second, Tucker Doughty, No. 2x, was third, Bryan Debrick, No. 10, was fourth and Taylor Courtney, No. 22m, was fifth. Westen, C. Estes, McCord, McCrary, and Forbis, rounded out the top ten. Twenty-four cars started the feature. Along with Mundie, local drivers Kyle Jones and Chad Wilson were also DQ'd. Season Championships were also decided Saturday night. 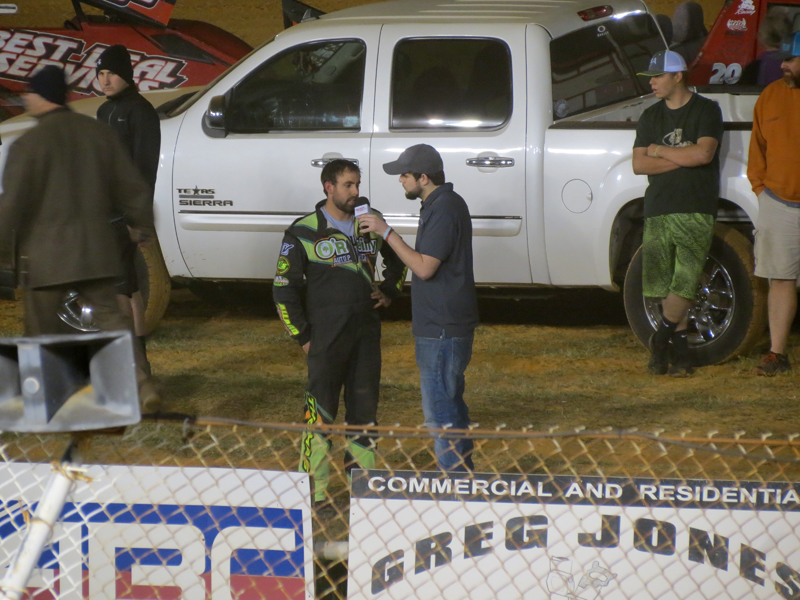 Marcus Thomas No. 15t picked up the Sprint win. 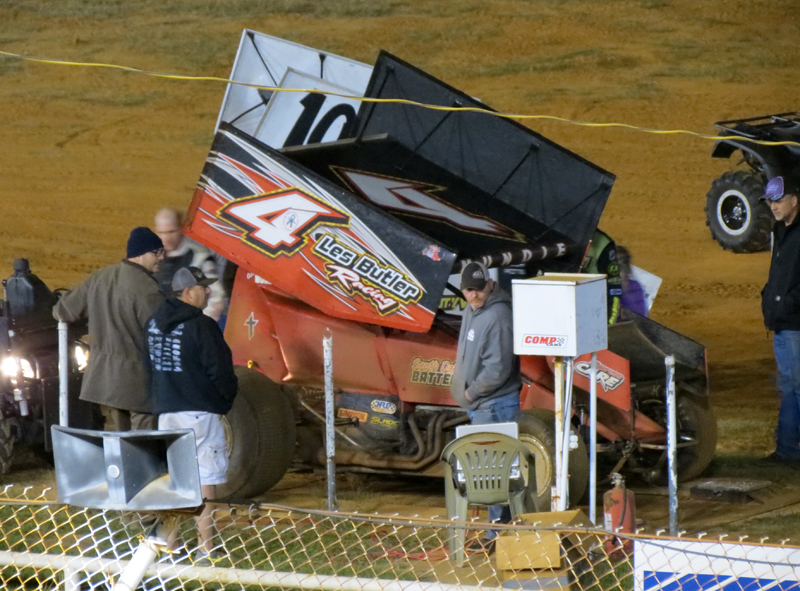 Austin Mundie did not pass the scales. 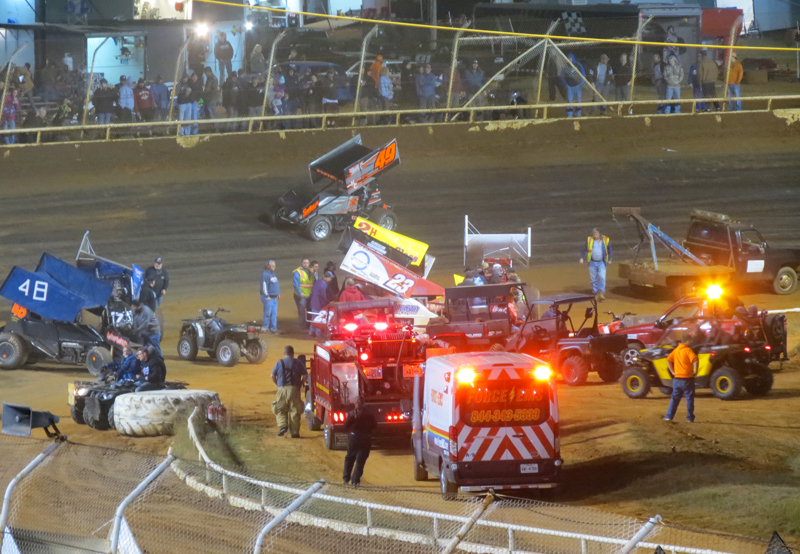 Several Sprints were involved in a wreck during the feature. 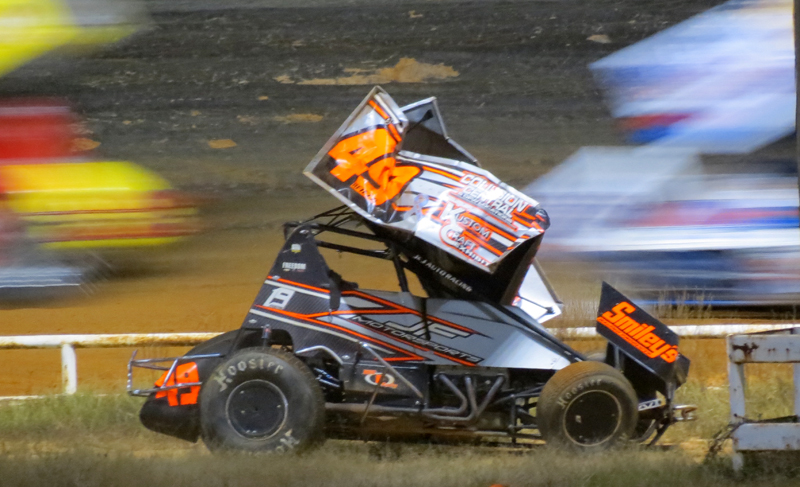 Justin Fifield and Kevin Ramey were involved in a bad wreck. 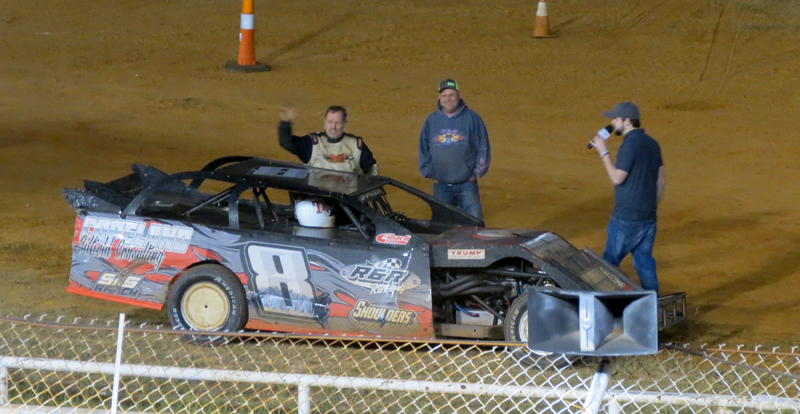 Modified Feature Winner: A good race between Brett Frazier, No. 51t, Chris Henigan, No. 16, and Dennie Gieber, No. 8, in the $1,200 to win, 25-lap, Modified feature. Frazier drove a good race, but with less than five laps to go, Dennie Gieber powered past him, to take the exciting win, Henigan held on to second and Frazier settled for third. Larry Fearman, No. 11, was fourth and Max Thomas, No. 57t, was fifth. Stanford, Ruffin, Ingalls, Stephenson, and Jason Sartain, rounded out the top ten. Twenty-two cars started the feature. 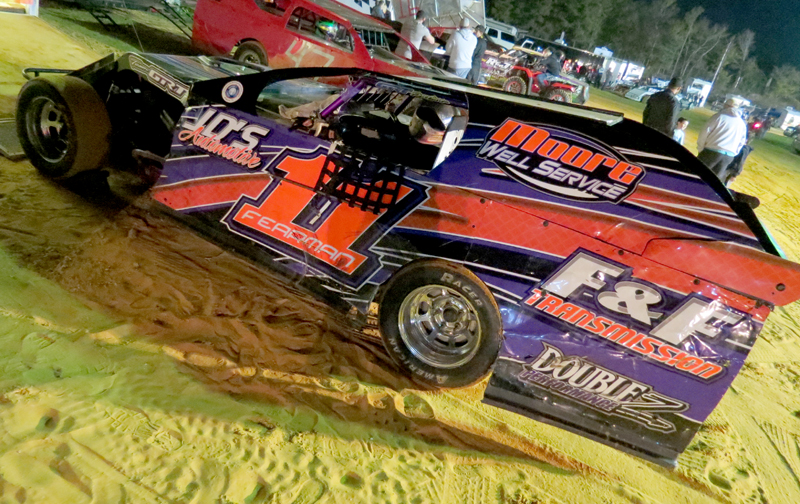 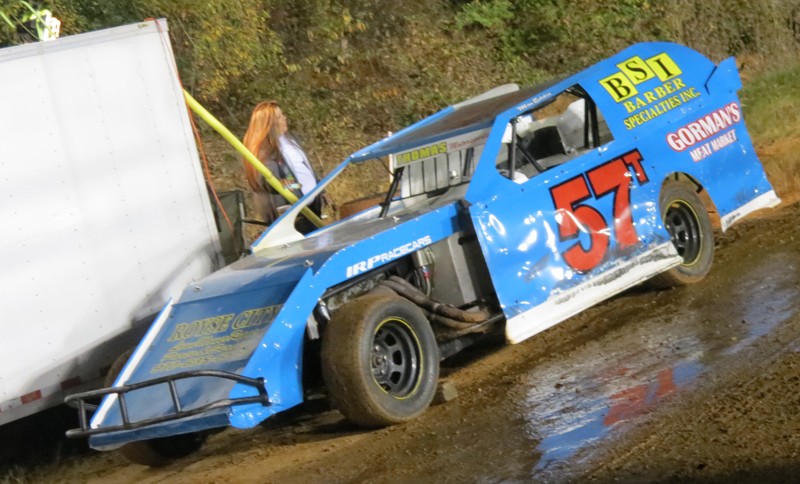 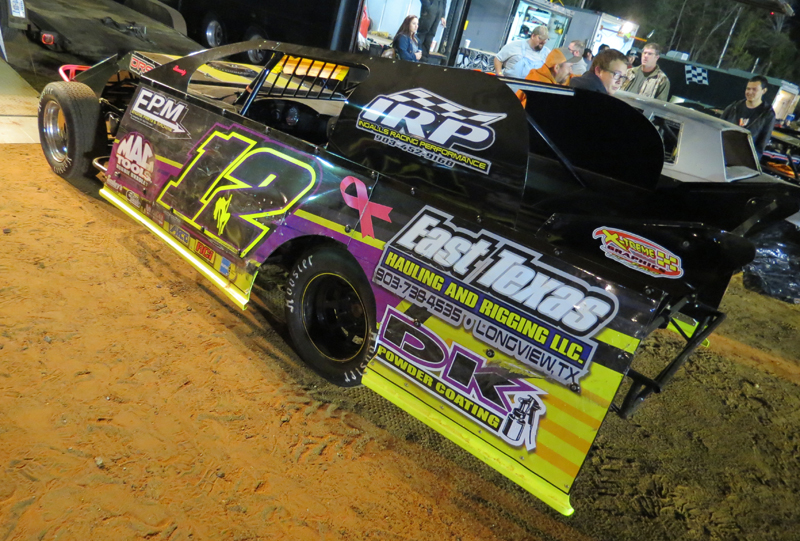 To view a video of the Modified feature winner, click below: 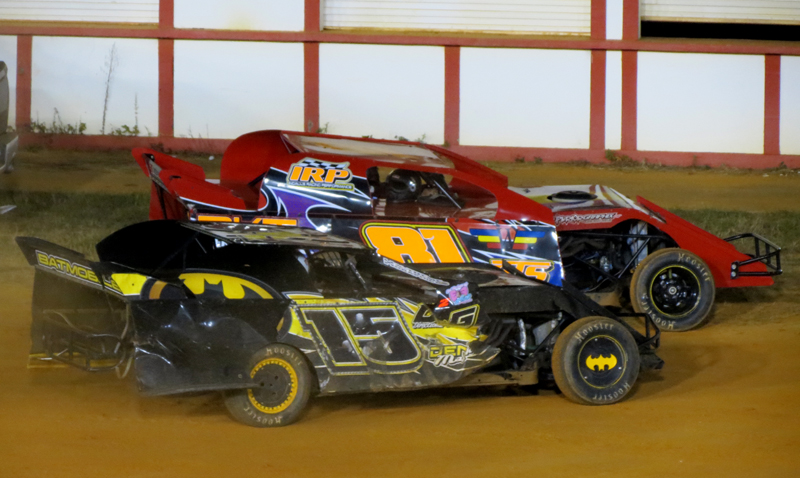 Limited Modified Feature Winner: Ricky Ingalls, No. 82, defeated Dennie Gieber, No. 15w, for the $700 feature win. Kelly Lockey, No. 14, was third, Brian Holland, No. 8, was fourth and Darryl Moseley, No. 9b, was fifth. Clonch, Dosser, Brutchin, Keel, and Vinson, rounded out the top ten. Twenty-cars started the feature.

To view a video of the Limited Modified feature winner, click below: 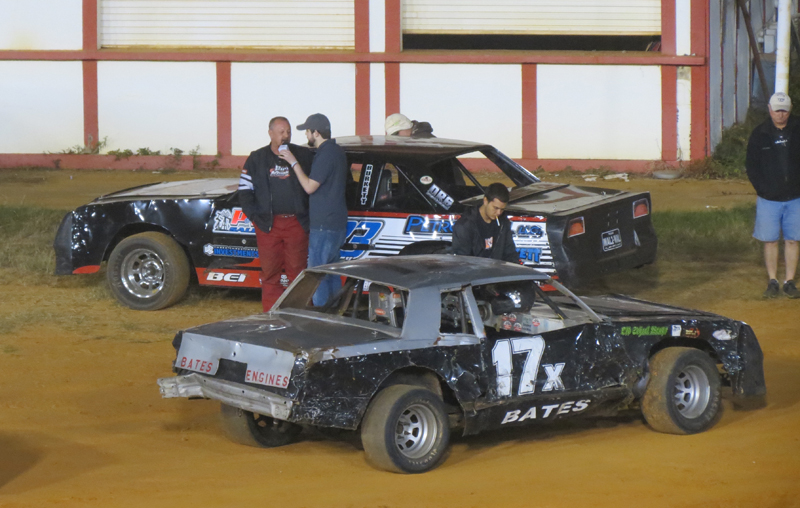 Factory Stock Feature Winner: It had been two years since T. Ray Burkett, No. 33, had been to the winners circle. Saturday night T. Ray got the $500 to win feature. Kelly Lockey, No. 17x, was second, Dustin Robnett, No. 1r, was third, Walter Hamilton, No. 1w, was fourth and Kenneth Chamberlain, No. 70, was fifth. Rasco, Nichols, Langley, Blanchard, and Lindow, rounded out the top ten. Twenty-cars started the feature.

To view a video of the Factory Stock feature winner, click below: 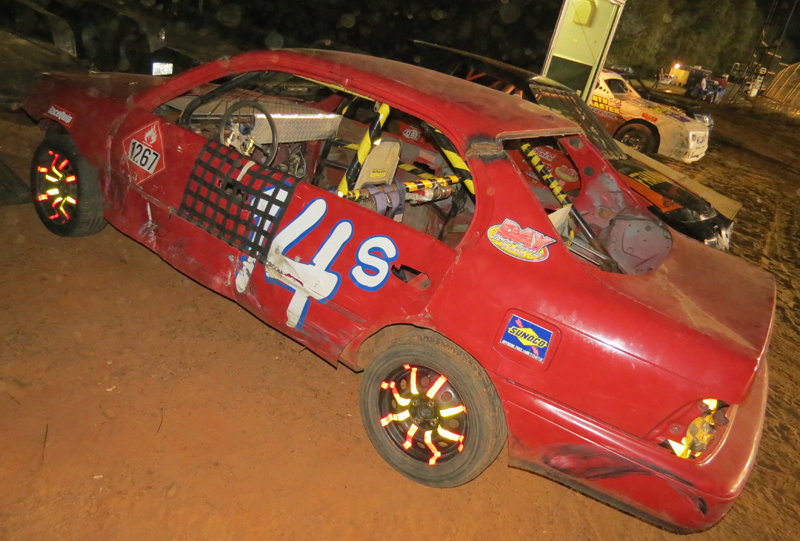 4 Cylinder Feature Winner: Daniel Washburn, No. 12, was the winner. Bryan Franklin, No. 19, was second, Mike Staples, No. 14s, was third, Chis Collier, No., 14, was fourth and Lonnie Joe Petty, No. 37, was fifth. Muncey, Maldonado, Clark, Pratt, Clark, Stewart, and Howell, rounded out the field. Twelve cars started the feature. 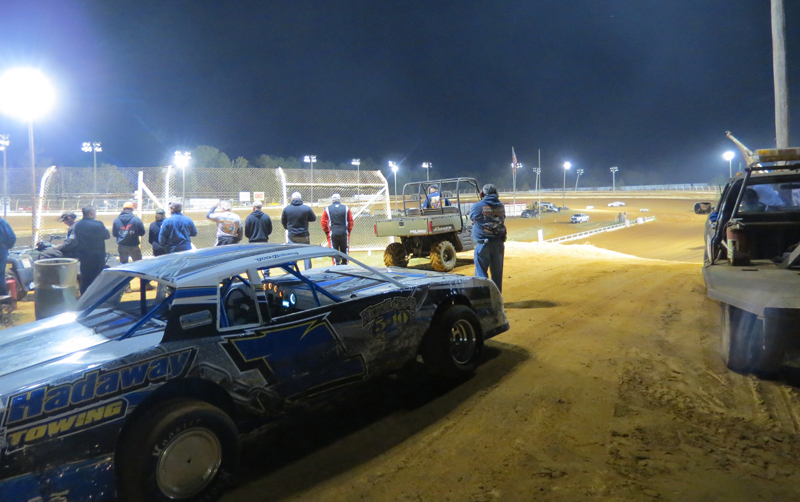 LoneStar Speedway's next race is Saturday, November 26, the exciting Topless Turkey Nationals, which will feature the exciting SUPR Late Models for $3,000 to win, for more information, go to: www.lonestarspeedway.com

For OFFICIAL results and more information, go to: www.lonestarspeedway.com

To view some photos from LoneStar Speedway, click below: