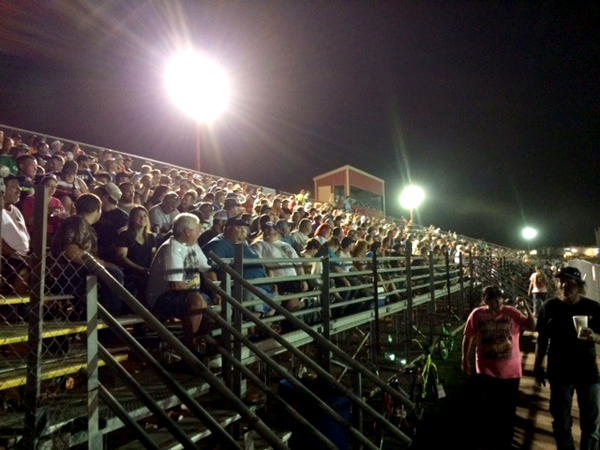 A large crowd was on hand for the 3rd Annual David Pope Memorial.

There was a large crowd and car count at RPM Speedway - Texas for the 3rd Annual David Pope Memorial Race. David Pope, a race car driver from East Texas who passed away a few years ago, must have been smiling down from above. The weather was on the hot side, but after the sun went down, it was a beautiful night for racing. Over 120 race cars competed in four classes with the featured class being the Texas Outlaw Modified Series (TOMS). 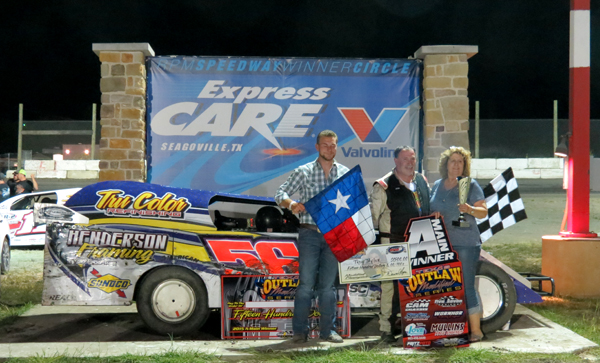 TOMS Modified Winner: Bobby Malcus, No. 4m, started on the pole in the TOMS 25-lap feature event. Bobby lead every lap with veteran Troy Taylor, No. 56, in hunting distance. It appeared that Bobby Malcus was the feature winner, but a trip across the scales showed that his car was to light, giving the $1,500 to win to Troy Taylor. Kevin Sustaire, No. 71k, was second, Wesley Veal, No. 11x, was third, Josh Landers, No. 14x, was fourth and Patrick Daniel, No. 75, was fifth. Twenty-three Modifieds started the feature. TOMS left a position open in the feature to remember David Pope. There were thirty-one Modifieds in the pits.

To view a video of the TOMS Modified feature, click below: 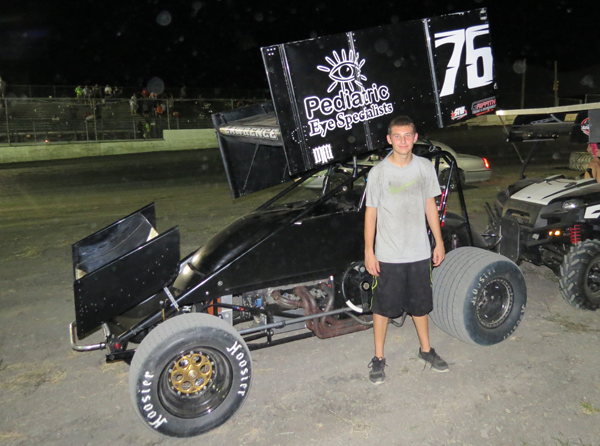 Graham Wrecker Service Sprint Winner: Zane Lawrence, No. 76, was the run-a-way winner. On a slick track, Zane defeated Marcus Thomas, No. 15t, for second. Andy Shouse, No. 27, was third, Kevin Ramey, No. 17m, was fourth and Jeb Sessums, No. 01j, was fifth. Nineteen Sprints started the feature. 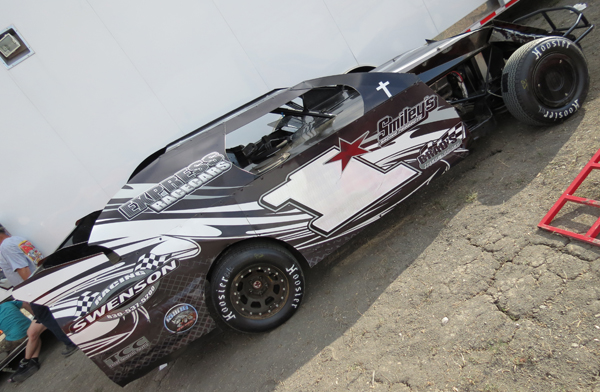 USA Limited Modified Winner: A great race between Tommy Davis Jr., No. 17, Cody Smith, No. 31s, and Jason Troutman, No. 1*. Tommy lead most of the 20-lap feature, but Troutman and Smith managed to get around him. With a couple of laps to go Cody Smith, No. 31s, slipped past Troutman for the apparent win. Cody was later DQ'd giving the feature win to Jason Troutman. Jimmy Day, No. 23m, was second, Tommy Davis Jr., ended up third, and Tim Clonch, No. 25c, was fourth. Twenty-four cars started the feature. 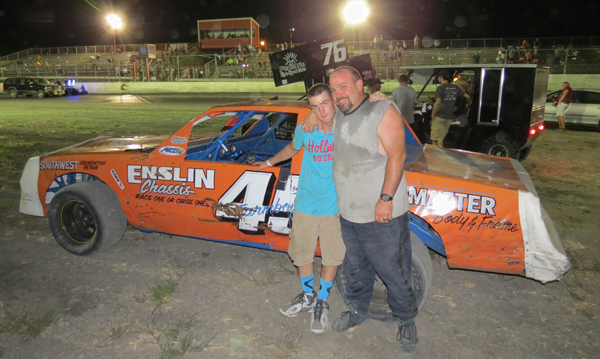 Factory Stock Winner: In one of the best races of the evening, Mike Marusak, No. 45, defeated Jason Cook, No. 04, at the wire to take the Factory Stock win. J.C. Howell, No. 28s, was third, Bobby Morphis, No. 7b, was fifth, and Lance Hansen, No. 5h, was fifth. Twenty-four cars started the feature. 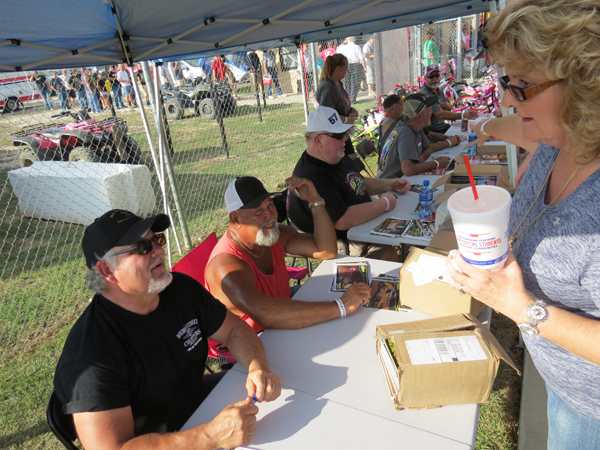 Thanks to the veteran drivers for signing autographs for the fans . . . 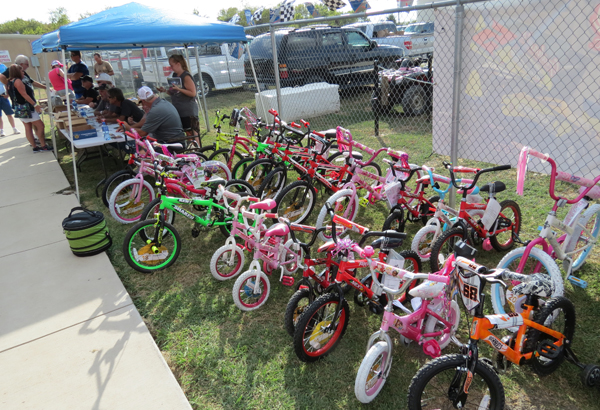 . . . and to the drivers and fans who donated bikes to some lucky kids. 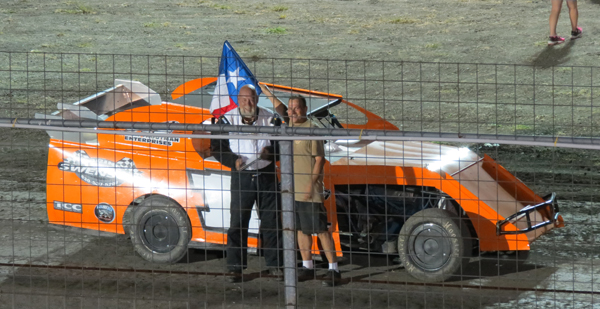 Congrads to Ronnie Sigman on winning the old timers race. 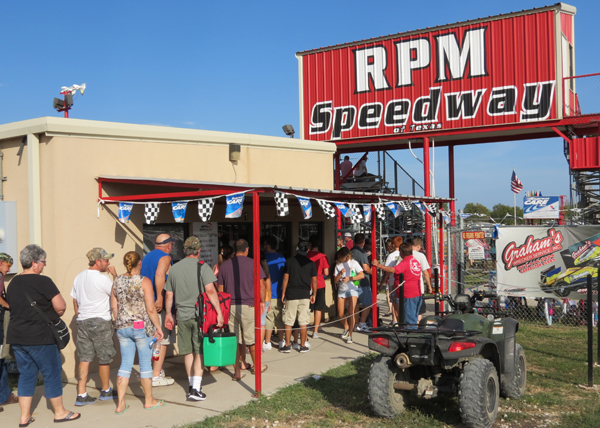 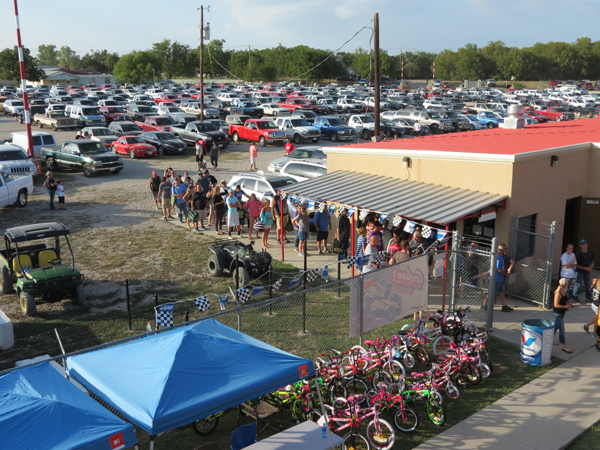 The 3rd Annual David Pope Memorial was a great success.

For OFFICIAL results and more information on RPM Speedway - Texas, go to: www.rpmdirt.com

To view some photos from RPM Speedway-Texas, click below: