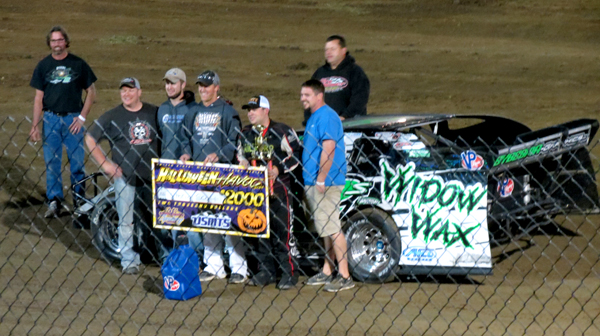 It was the first of three nights of racing at the Southern Oklahoma Speedway's inaugural Halloween Havoc. Thirty-six Modifieds competed for the twenty-four car, thirty-lap, A-feature. New Mexico's Stormy Scott, No. 2s, sped to the front and managed to hold off several challengers to take the $2,000 feature win. Current points leader Rodney Sanders, No. 20, had a strong run to finish second, Cade Dillion, No. 97, was third, Kelly Shryock, No. 44, was fourth and Jeremy Payne, No. 186, was fifth. Jake Gallardo, No. j17, Jason Hughes, No. 12, Grant Junghans, No. 2, Tyler Townsend, No. 12t, and Brad Rowland, No. 20r, round out the top ten.

For more information on the United States Modified Series, go to: www.usmts.com

Halloween Havoc continues: Racing continues Friday with candy call for the kids from 5 p.m. to 6 p.m. in the pits. Racing starts at 7:30 p.m. Saturday Champions will be crowned with racing starting at 6 p.m. For more information, go to: www.southernoklahomaspeedway.com 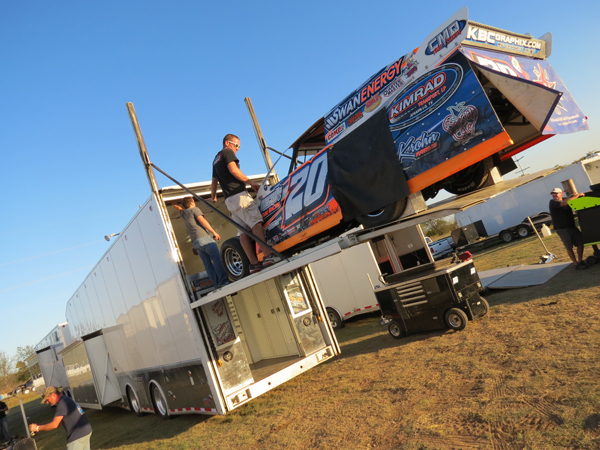 Rodney Sanders, No. 20, finished second in the feature. 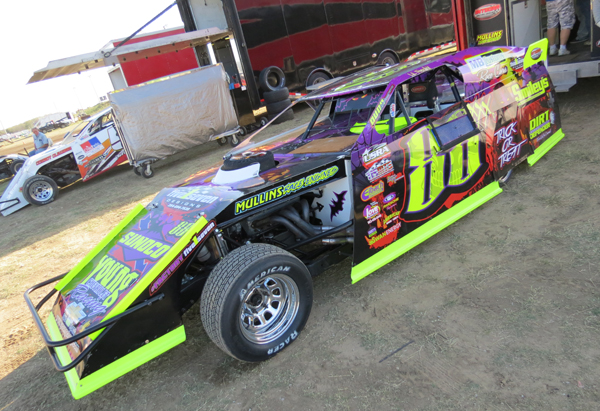 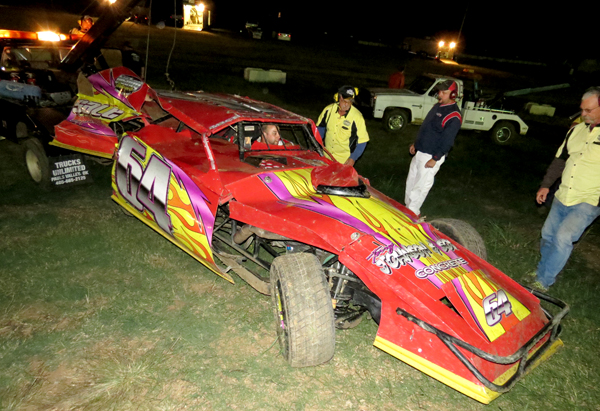 Jay Sale, No. 64, was involved in a bad wreck during his heat race.

To view a video of the Modified wrecks, click below: 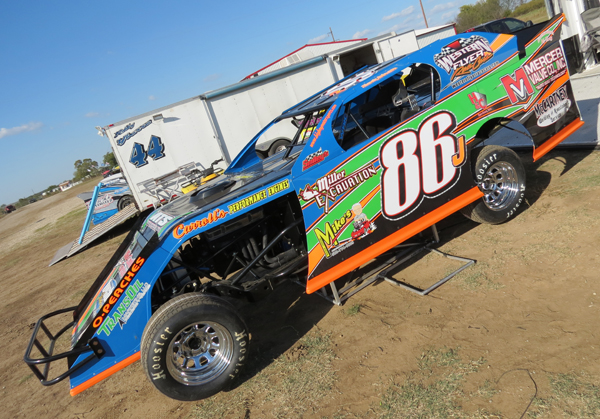 Limited Modified Winner: Travis Johnson, No 86j, had the Hot Rod to beat. Shane Hartline, No. 31, was second, Chad Jones, No. 30, was third, Greg Moran, No. 7f, was fourth and Cary Stephens, No. 35, was fifth. Curtis Allen, No. 15, Billy Melton, No. 87, David Tanner, No. d25, Cullen Hill, No. 1, and Dustin Robinson, No. 10, round out the top ten. Randy Timms, No. 5t, had a strong run, but was sent to the back of the pack for rough driving. Twenty-four Limited Modifieds started the twenty-lap feature. There were thirty-eight Limited Modifieds in the pits. 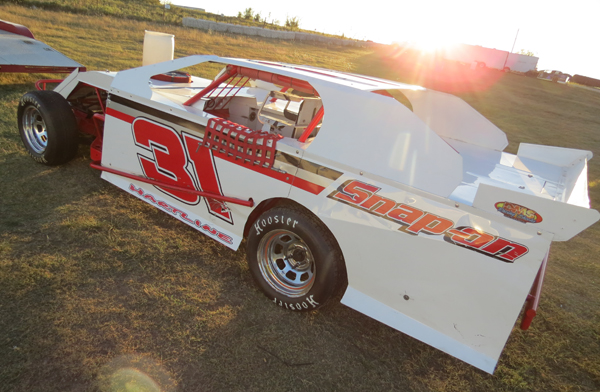 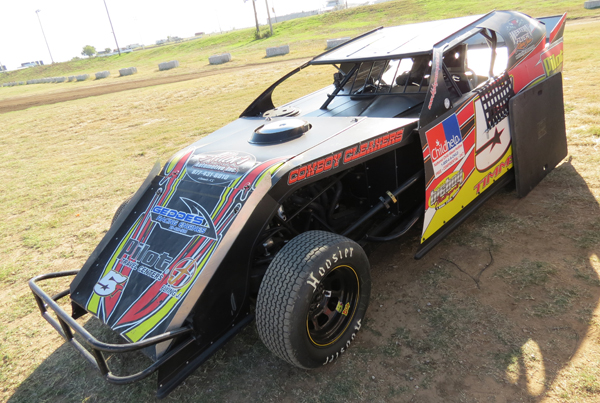 Randy Timms had a strong run only to be sent to the back.
To view a video of the Limited Modified feature, click below: 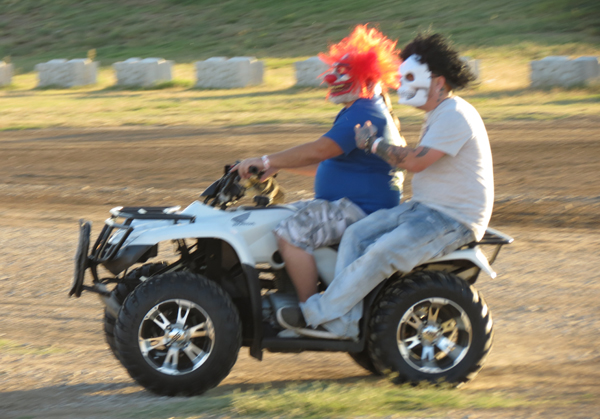 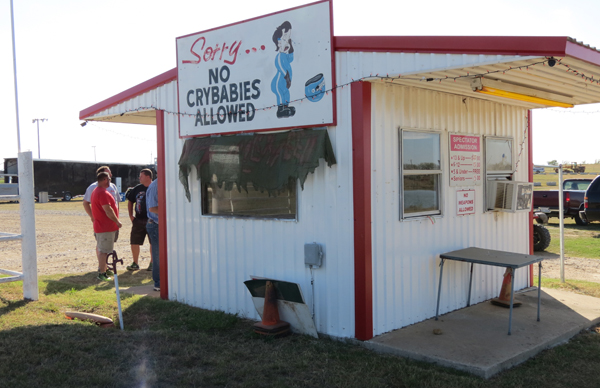 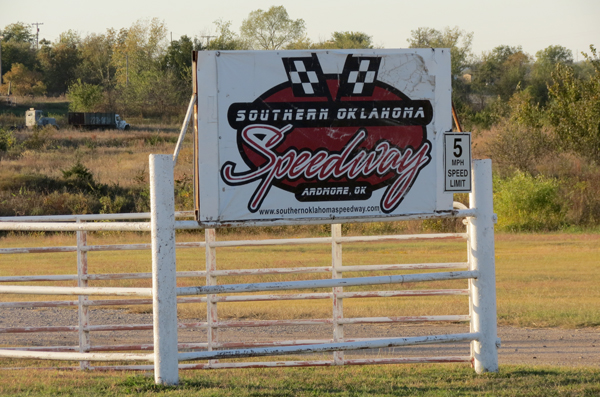 For OFFICIAL results and more information, go to: www.southernoklahomaspeedway.com

To view some photos from the Southern Oklahoma Speedway, click below: