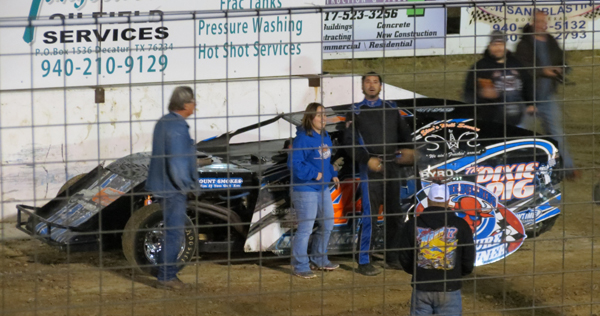 Fred Wojtek was the Modified winner at Boyd Raceway.

Rain in the area recently made for some rough racing at Boyd Raceway's Annual Grand Nationals Saturday night. But it didn't stop close to 130 race cars from competing for cash in five different classes. A great crowd was on hand to watch the races despite the cooler temperatures.

IMCA Modified Winner: It was a wild one! But through it all, Fred Wojtek, No. 44, managed to hold off the competition for the win. Charlie Harmon, No. 199, was a close second, Justin Radcliff, No. 11j, was third, Mark Patterson, No. 9m, was fourth and Jason Hunter, No. 13, was fifth. Kevn Sustaire, No. 71k, settled for sixth. Twenty cars started the feature. 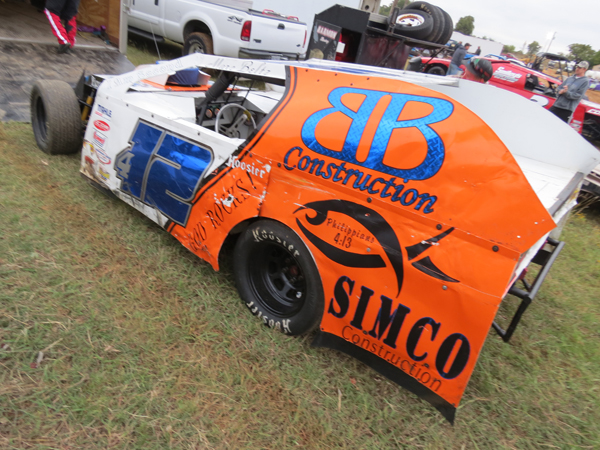 Marc Beltz, No. 412, and his beautiful IMCA Modified. 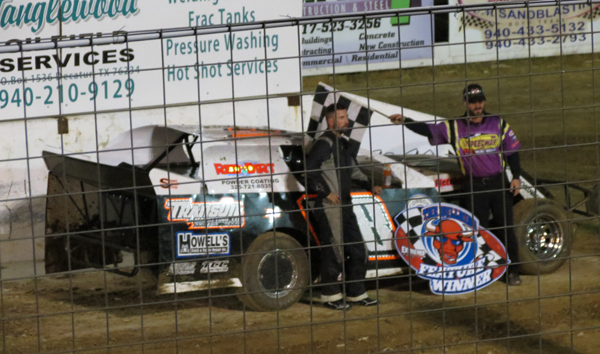 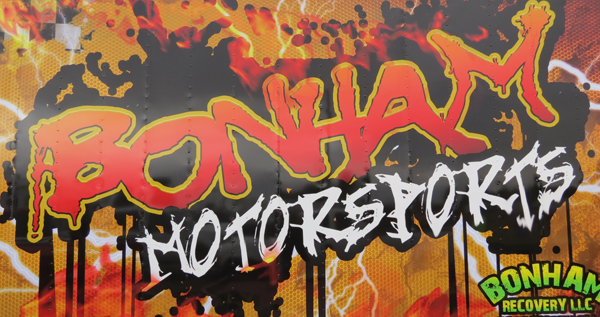 Bonham Motorsports had a big night.

To view a video of the IMCA SportMod feature, click below: 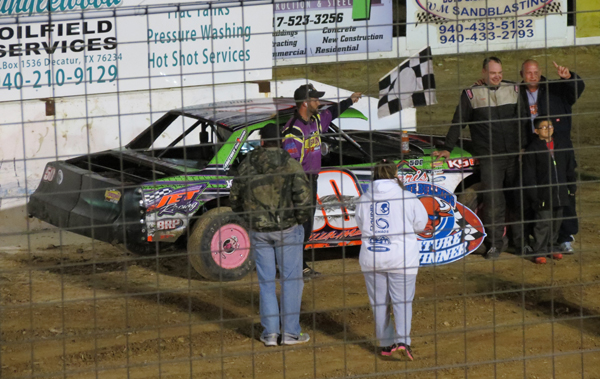 IMCA Stock Car Winner: Matt Guillaume, No. 50, ran off with the IMCA Stock Car feature. Kirk Martin, No. 69, was second, Dan Day, No. 54, was third, Nicholas Littlejohn, No. 25c, was fourth and Caleb Crenshaw, No. 67c, was fifth. Nineteen cars started the feature. 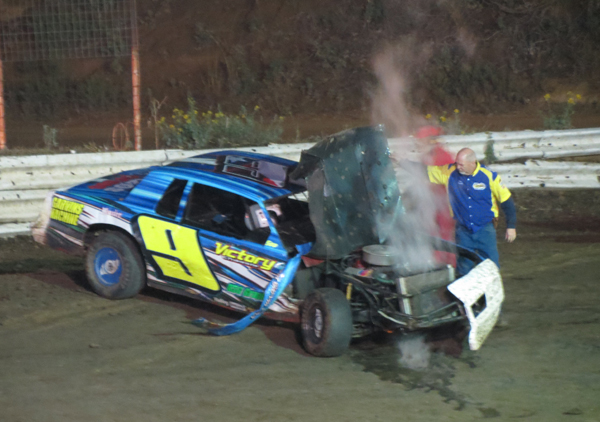 Jason Batt was involved in a wreck during the feature.
To view a video of the IMCA Stock Car feature, click below: 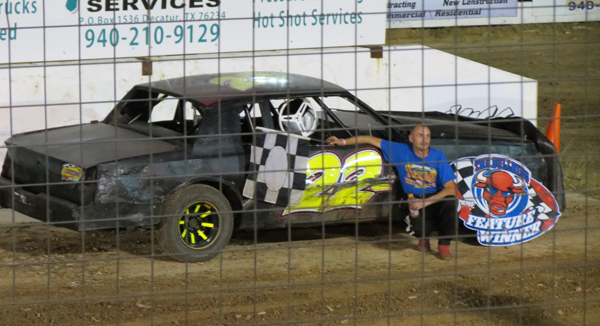 Factory Stock Winner: Ronnie Ellis, No. 22, was the feature winner. Tom Earl Jr., No. 47, was second, Barrett Hutchison, No. 43x, was third, Daniel Van Haitsma, No. 00, was fourth and Chase Bresee, No. 71, was fifth. Twenty cars started the feature.
To view a video of the Factory Stock feature, click below: 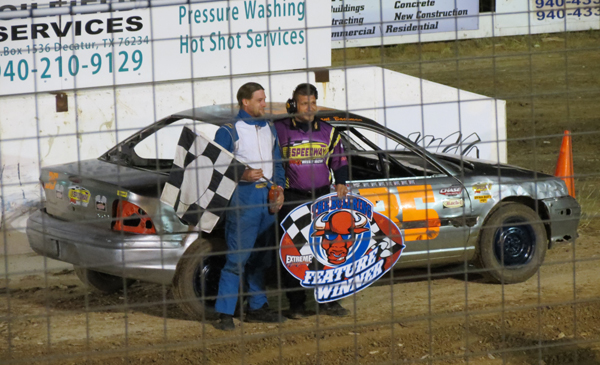 The IMCA Sport Compact Winner: Brant Bachman, No. 35, was the winner. Danny Sims, No. 21, was second, David Bachman, No. 85, was third, Julia Childs, No. 02, was fourth and Willard Van Haitsma, No. 00, was fifth. Twelve cars started the feature. 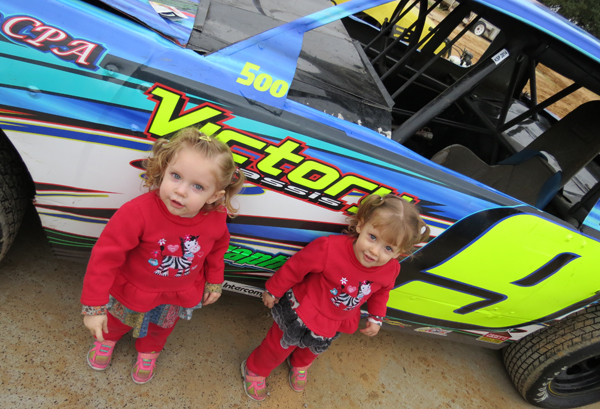 Jason Batt's girls were ready for some racing. 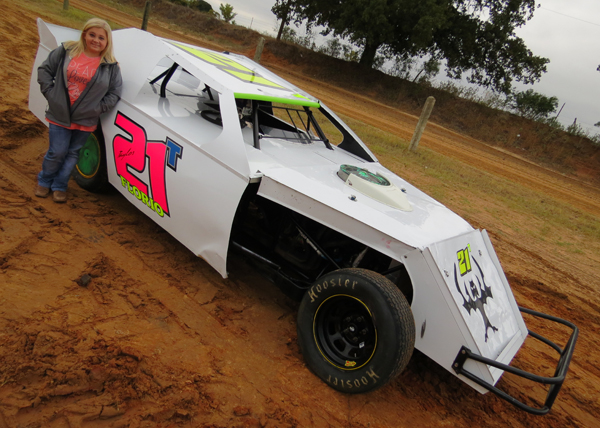 2014 Champion Taylor Florio is looking to move up next season.

Special thanks to Extreme Graphics for their support. 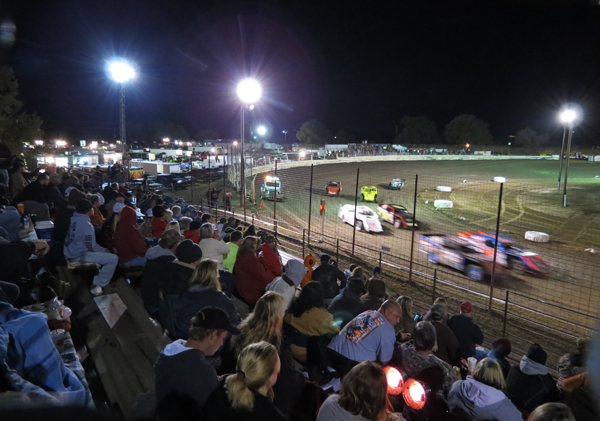 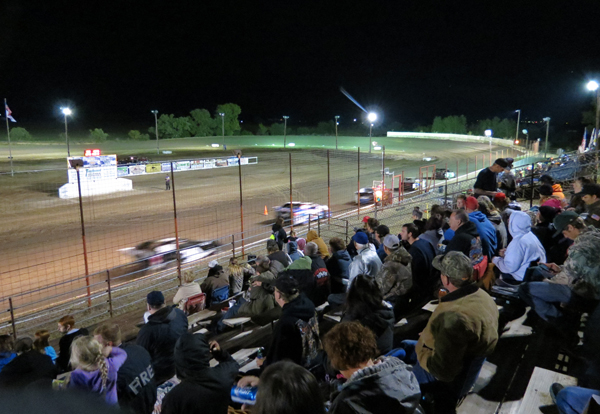 A great crowd was on hand to watch the races.

For all your Racing Photo needs, see Debbie Johnson at: www.debbiesracinpics.com

For OFFICIAL results and more information on Boyd Raceway, go to: www.boydraceway.net

To view some photos from Boyd Raceway, click below: