Wayne Johnson, No. 77, fresh off a second place finish at the Devils Bowl last Saturday night, won the ASCS Sprints Duel on the Brazos at Heart O' Texas Speedway Friday night. Wayne mentioned that he had been to Heart O' Texas Speedway twice and had won both times. Coming in second was a hard charging Tony Bruce Jr., No. 18, Seth Bergman, No. 23, was third, Aaron Reutzel, No. 87, was fourth and Ray Allen Kulhanek, No. 21t, was fifth.

To view a video of the ASCS Sprints feature, click on the video below:

Veteran Keith Green, No. 5, held off current Modifieds point leader Keith White, No. 1, in a close one to take the IMCA Modifieds feature. Jimmy Don Sumerour, No. 15, was third, and Justin Radcliff, No. 11j, was fourth.

To view a video of the IMCA Modifieds feature, click below:

In the IMCA Hobby Stock feature, Shannon Dulock, No. 47, looked like he had picked up another win, but his car was DQ'ed with a bumper problem. The win went to Cody Frank, No. 7, Jeremy Oliver, No. 82, was second, Jamie Hayes, No. j33, was third, and Robert Schrivner, No. 53, was fourth.

To view a video of the IMCA Hobby Stocks feature, click below:

In the IMCA IStock feature, there were only five IStocks, so the drivers agreed to race anyway, but they would not receive any IMCA points. Keith White, No. 1, won by a bumper. Bobby Mercer, Jr., No. 4, was second, Jason Batt, No. 9, was third and Adam Schwarz, No. 182, was fourth.

For OFFICIAL results and more information, go to: www.heartotexspeedway.com

A large crowd was on hand to view the races.

To view some photos from Heart O Texas Speedway, click below: 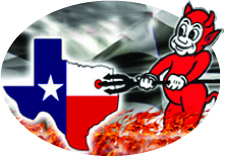 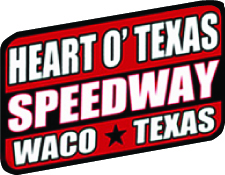 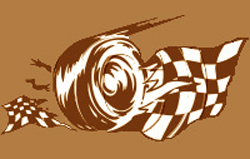 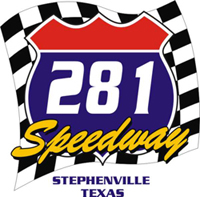 Palm Harbor Homes sponsored Michael Lang, No. 14, started on the pole and lead 17-laps of the 30-lap feature before Brady Bacon, No. 99, passed him. Bacon held the lead with about six laps to go, but Jason Johnson passed him coming out of turn 2 to take the lead and the $4,000 prize. A hard charging Wayne Johnson, No. 77x, ended up in second, Brady Bacon, No. 99, finished third, Matt Covington, No. 11c, was fourth with Michael Lang, No. 14, ending up fifth.

For more information on the ASCS, go to: www.ascsracing.com

To view a video of the ASCS Spring Nationals feature, click below:

In the Late Model feature, Johnny Philpot Jr., No. 12p, was the feature winner. Patrik Daniel, No. 75 was second and Tom Lorenz, No. 84, was third.

It looked like Jimmy Staats, No. 39, was going to come in second in the USA Limited Modifieds feature. But with a lap to go, Pepper Kuykendall, No. 33, developed mechanical problems and Jimmy got the win. Chris Cleveland, No. 49, was second and Cody Simpson, No. 81b, was third.

To watch a video of the USA Limited Modifieds and the Late Models features, click below:

For OFFICIAL results and more information, go to: www.devilsbowl.com

To view some pictures from the Devils Bowl, click below:

Keith White holds off Ketterman and Egbert to take Modifieds feature at H.O.T.

Heart O' Texas Speedway held it's third racing event of the season Friday night. Even though several inches of rain had fallen in the area this week, the track was in good shape except for the water in the infield in turns three and four. Luckily no racer ended up in this area.

In the IMCA Modified feature race, twenty-two cars started the 20-lap A-main. On the first lap, several cars were involved in a wreck that sent five cars to the pits. Starting from the middle of the field, Keith White, No. 1, and P.J. Egbert, No. 707, both worked their way to the front, with Egbert taking the lead briefly coming out of turn two, only to have White go hard into turn three and cut under Egbert to take the lead and the win. Coming in second was Ben Ketterman, No. 37, with P.J. Egbert settling for third.

To view a video of the IMCA Modified feature, click below:

In the Street Stocks feature, Matt Hood, was the feature winner. Bobby Mercer Jr., No. 4, was second and Dewayne Harris was third.

To view a video of the IMCA Hobby Stocks feature, click below:

Andrew Richards, the Driver of the week, was the Cruisers feature winner.

2011 Cruisers Champion Andrew Richards, No. 9, was the Cruisers feature winner. Steve Wade, No. 8w, was second and Marshall Sauseda, No. 11, was third.

George White came from the back to take third.

A nice crowd was on hand to enjoy the races. Note water in the infield.

The races were delayed a few minutes while electricians removed a birds nest from the light box.

It was great to see Slider. To check out his Slider racing merchandise, go to: www.sliderracing.com

Driver of the week

To view a video of some racing highlights from the other classes, click below:

Next week H.O.T. will feature the Duel on the Brazos featuring the Life Partners Inc. sponsored ASCS Gulf South Region Sprints along with an all IMCA Show.

For OFFICIAL results and more information, go to: www.heartotexspeedway.com

To view some photos from the races, click below:

The POWRi Lucas Oil National Midget Series made its first visit to Cowtown Speedway for the Midget Stampede. Over 60 Midgets competed Friday and Saturday to qualify for the $5,000 feature Saturday night. Two time USAC National Champion Dave Darland, from Lincoln, Ind., started on the outside front row and managed to hold off Rico Abeu, No. 67k, when Rico made contact with Casey Shuman, No. 2x, on the last lap, to take the win. This was Darland's third victory in the POWRi Midget series. Rounding out the top five were Tyler Thomas, No. 71t, Brad Kuhn, No. 71x, Darren Hagen, No. 3, and Zach Daum, No. 5d. Brady Bacon, No. 11, was Friday night's $3,000 winner.

To view videos of Friday and Saturday's Midget feature races, click below:

To view a video of some Midget wrecks, click below:

For more information on the POWRi Midgets, go to: www.powri.com

Chipper Wood was involved in a bad accident, but appeared to be fine.

To view a video of the ASCS2 Non Wing Mini Sprints feature, click below:

To view a video of the Bomber feature, click below:

To view some photos from Cowtown Speedway, click below:

It was a beautiful night for racing at Cowtown Speedway.

The bad boys of the USMTS Modified National Championship Series are heading to Cowtown Speedway this Saturday night. They will be at Heart O' Texas Speedway, in Waco, on Friday night for the first of two $4,000 feature races. Ryan Gustin, No. 19r, Marshalltown, Iowa, is the current USMTS points leader. Kelly Shryock, No. 3, also from Iowa and fresh off a big win at the Texas Motor Speedway Dirt Track last Saturday, will be one of the cars to beat. Another local driver Trisan Dycuss, No. 14t, will also be representing his local track Cowtown Speedway.

For times and more information, go to: www.heartotexspeedway.com and www.cowtownspeedway.com

Kelly Shryock was the recent winner at the TMS Dirt Track.

To view a video of the SMP Modifieds at Cowtown Speedway, click below: