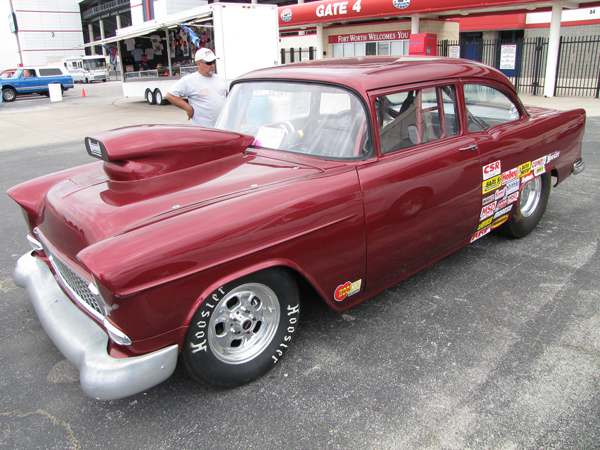 The 38th annual Pate Swap Meet continues through Sunday. One of the three largest swap meets in the country. It was started in 1973 and was originally held in Cresson, TX for 26 years at the Pate Museum of Transportation. In 1998 it was moved to it's current location adjacent to the Texas Motor Speedway. To find out more information about the Pate Swap Meet, go to: www.pateswapmeet.com 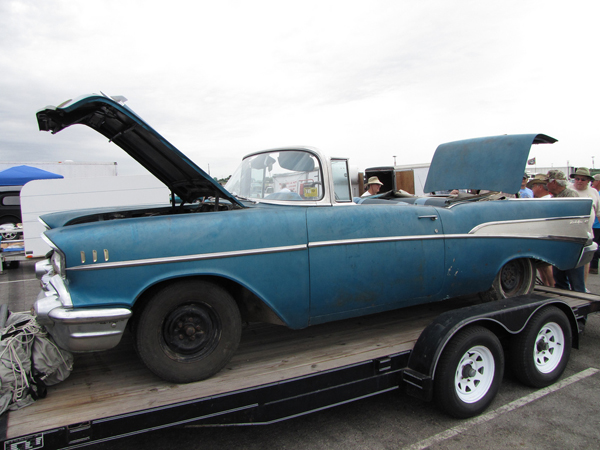 Nice 1957 Chevy Convertible that had been in storage for 15 years. 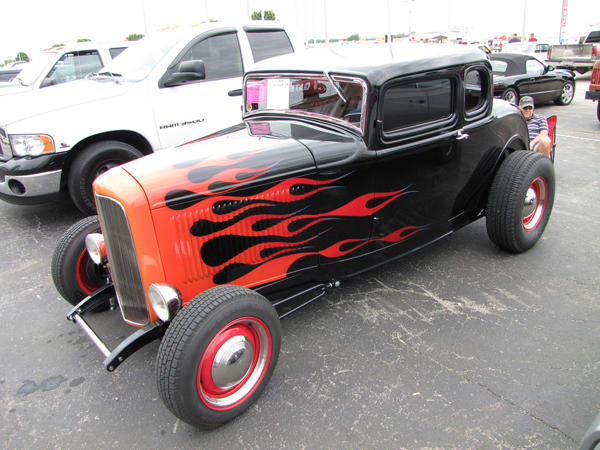 To view some photos from Friday, click on the slide-show below:

Fans can now call one number for all NASCAR tickets

NASCAR fans can now dial a single toll-free number to purchase tickets to any national series NASCAR event and the best racing in the world.

With the help of Convergys, a global leader in relationship management, fans can dial the official NASCAR directory at 1-866-GO-NASCAR (1-866-466-2722) for tickets and information to NASCAR national series events, including the NASCAR Sprint Cup, NASCAR Nationwide and NASCAR Camping World Truck Series.

The toll-free number allows many NASCAR fans who attend multiple races easier access to upcoming event ticket options. Seeking to provide fans with a single point of contact for their ticket and information needs, NASCAR chose Convergys’ speech self-service solution for its ability to deliver a superior customer experience while reducing costs.

“NASCAR and the race tracks have always worked hard to give the fans the best possible experience, and now technology helps us do that even better,” said Paul Brooks, NASCAR senior vice president and president of NASCAR Media Group “Convergys understood what our fans wanted and offered a solution that made the ticket-purchasing process easier for them. Our global media assets will now promote 1-866-GO-NASCAR to fans worldwide. This partnership benefits the fans and that is our first priority.”

NASCAR Sprint Cup
Heath Calhoun 400
Site: Richmond (Va.) International Raceway (oval, 0.75 miles)
TV schedule: Friday, practice (11 a.m. and 1 p.m., Speed), qualifying (4:30 p.m., Speed); Saturday, race (6:30 p.m., KDFW/Ch. 4)
Race distance: 300 miles/400 laps
2009 winner: Kyle Busch
Fast facts: Kevin Harvick snapped a 115-race victory drought, passing Jamie McMurray on the last of 12 extra laps at Talladega Superspeedway on Sunday. On the third and final attempt at a green-flag finish, Harvick slid inside and drag-raced McMurray to the finish, winning by 0.011 seconds. ... Jimmie Johnson has a series-high three victories in nine races and leads the standings. The four-time defending series champion swept the 2007 Richmond races and also won at the track in September 2008. ... Harvick is second in the standings, 26 points behind. ... Denny Hamlin, from nearby Chesterfield, won last September at the track. He has victories this year at Martinsville and Texas. ... The September race at the track will end the run for the 12 Chase spots.
www.nascar.com

IZOD IndyCar
Road Runner Turbo Indy 300
Site: Kansas City, Kan., Kansas Speedway (oval, 1.5 miles)
TV schedule: Saturday, race (12:30 p.m., WFAA/Ch. 8)
Race distance: 300 miles/200 laps
2009 winner: Scott Dixon
Fast facts: Ryan Hunter-Reay won the Grand Prix of Long Beach on April 18 for his second career IndyCar victory. The Andretti Autosport driver led 64 of 85 laps. ... The series announced Tuesday that it will crown season champions for oval and road courses, as well as the overall points winner. The race is the first of the series’ seven oval events. There are nine races on road and street courses. ... Will Power swept the season-opening races in Brazil and St. Petersburg, Fla. The Penske driver leads the standings with 172 points. Teammate Castroneves, the Grand Prix of Alabama winner, is second with 130 — a point ahead of Hunter-Reay. ... Dan Wheldon won in 2007 and 2008 at Kansas Speedway. ... Danica Patrick is 16th in the standings. She was 15th in Brazil, seventh in St. Petersburg, 19th in Birmingham and 16th in Long Beach.
www.indycar.com

TMS is once again offering fan-friendly ticket specials, including the "2 for $99" deal that features two frontstretch tickets for the AAA Texas 500 for only $99. Fans can also purchase the "Weekend 4-Pack," which consists of tickets to all four days of track activity at TMS beginning at just $133. The “Weekend 4-Pack” consists of a frontstretch ticket for Camping World Truck Series qualifying Nov. 4; Sprint Cup and Nationwide qualifying and the Longhorn 350 truck series race Nov. 5; the O’Reilly Auto Parts Challenge Nationwide Series race Nov. 6; and the AAA Texas 500 Sprint Cup Series race Nov. 7.

The fan favorite ‘Backstretch Buster’ seat is back for the AAA Texas 500. The $20 seats, located along the first two rows of the backstretch, continue to remain popular with the fans as the section has sold out for every Sprint Cup Series race since it was first implemented last year. Coupled with the ‘Backstretch Buster,’ additional backstretch seating is just $40.

Fans looking to share the race experience with the family can do so at an affordable price with the “Family 4-Pack,” which includes four backstretch tickets for the AAA Texas 500 Sprint Cup race, four hot dogs and four Coca-Cola drinks for just $159.

Tickets for the AAA Texas 500 NASCAR tripleheader weekend are available by calling the TMS ticket office at 817-215-8500 or by visiting www.texasmotorspeedway.com. 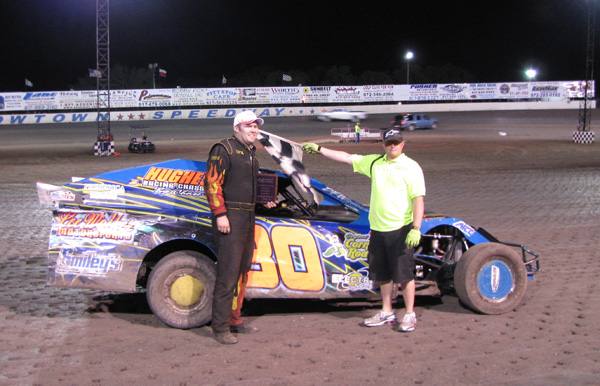 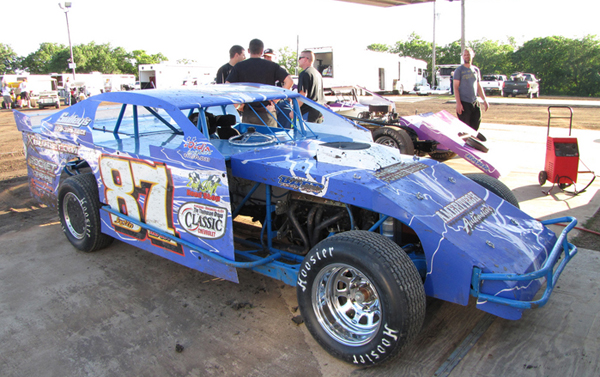 In the Performance Transmission raceTX.com Limited Modified feature, Justin McCoy, #87, was the winner. Troy Taylor, #56, lead for 14 laps until a flat tire took him to the pits. Glen Hibbard, #127, won the hard charger award for starting in the back of the pack and finishing second. Sean Jones, #94, was third. David Ferguson appeared to win the feature, but his car failed to pass a post-race inspection. 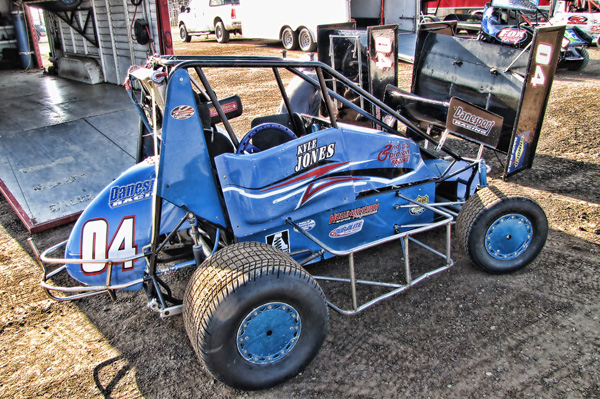 In the 600 Mini Sprints feature, Kyle Jones, #04, took over the season points lead with his feature win. Andy Hogan, #3d, was second and Jeremy Hefler, #69, was third. 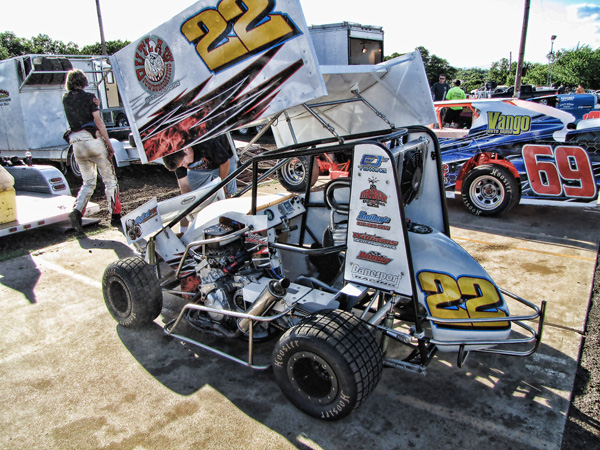 Payton "Wild Thing" Williams won his first Restrictor Mini Sprints feature. What a great way to celebrate your 16th birthday in the #22 City Vending Mini Sprint. Bradley Ivy, #99i, was second and Michele Melton, #21, was third. 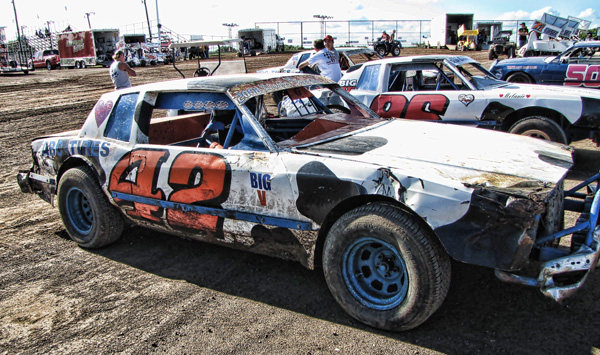 In the Bomber feature, Gary Smitherman, #42, was the feature winner. Randy O'Havier, #16, was leading the race until mechanical problems took him to the pits. Ray Tidwell, #25, was second and Chad Pearce, #82, was third. 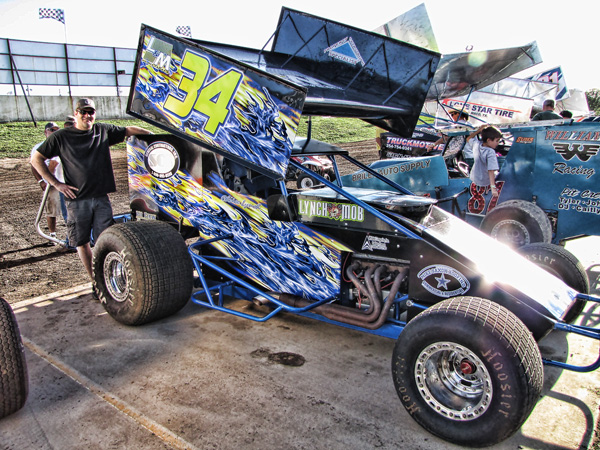 Choice Lynch, #34, of the Lynch Mob, made it two feature wins in-a-row in the Winged Modifieds.

In the Limited Modified feature, David Ferguson's car failed to pass a post-race inspection. Justin McCoy was declared the winner.

To view some highlights of the Limited Modifieds, 600 Mini Sprints, Restrictor Mini Sprints and the Bombers, click on the video below: 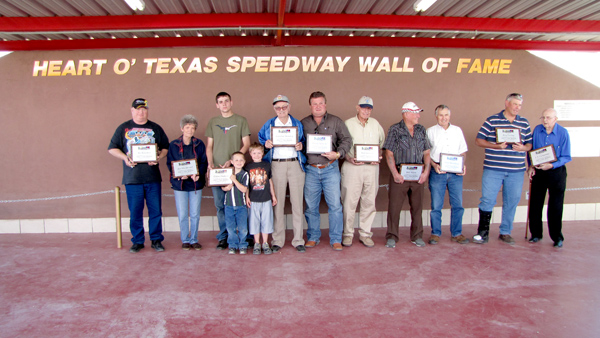 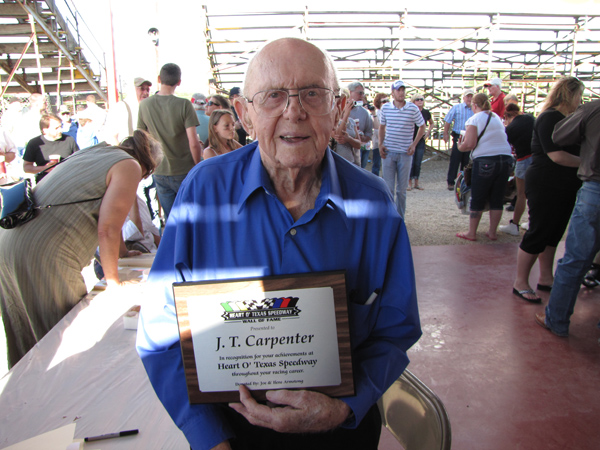 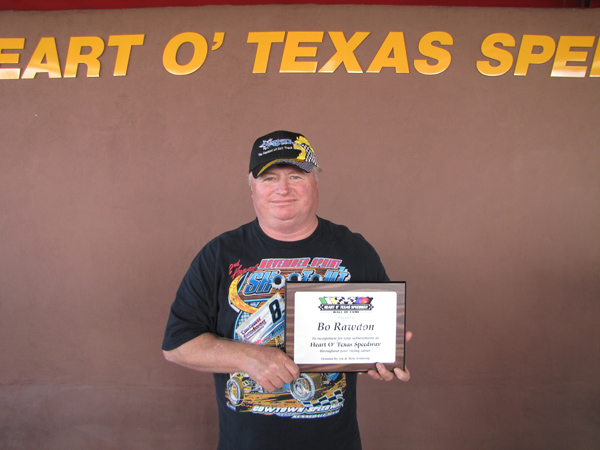 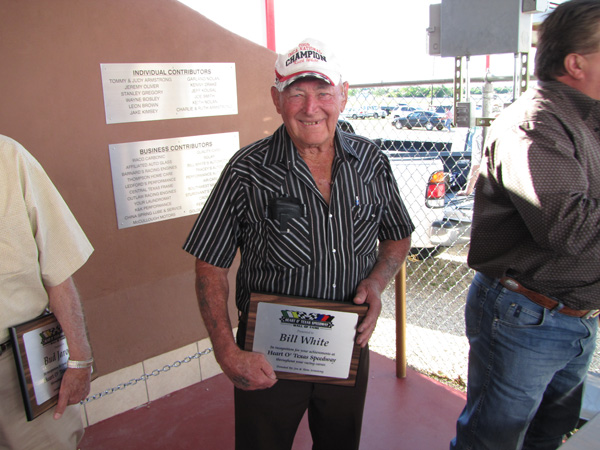 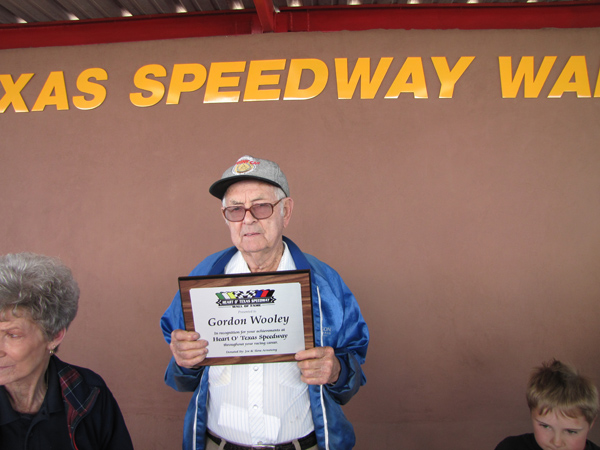 To view a video of the induction ceremony, click on the video below.

Piquet Jr. will drive No. 15 truck at Texas Motor Speedway in June

Nelson Piquet Jr.'s stock-car education will continue with a return trip to Texas Motor Speedway in June. The 24-year-old Brazilian is scheduled to drive the No. 15 entry for Billy Ballew Motorsports in the WinStar World Casino 400 as part of a three-race agreement with the team. BBM announced Wednesday that the former Formula One star will drive in NASCAR Camping World Truck Series events at Charlotte Motor Speedway on May 21, TMS on June 4 and Michigan International Speedway on June 12.

Piquet got his first taste of stock-car competition earlier this season. He finished 27th in the ARCA race at Daytona and followed that with sixth-place showing in the Camping World Truck Series race at the track. His most recent stint was in the ARCA Rattlesnake 150 at TMS, where he started on pole and finished ninth.

Piquet is also scheduled to drive for Eddie Sharp Racing in ARCA events at Michigan on June 11 and Pocono Raceway on July 31.