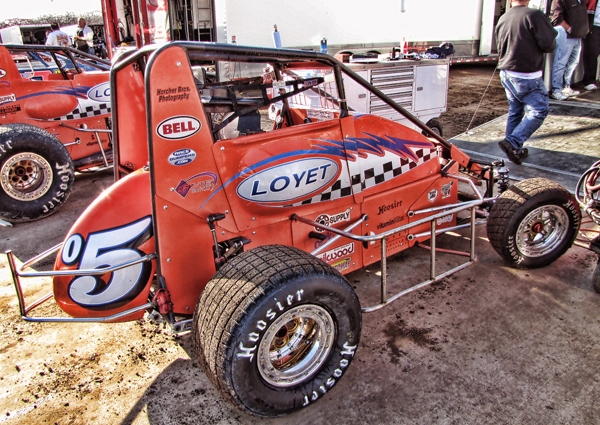 Brad Loyet was declared the winner of the Midget feature after a post-race inspection. 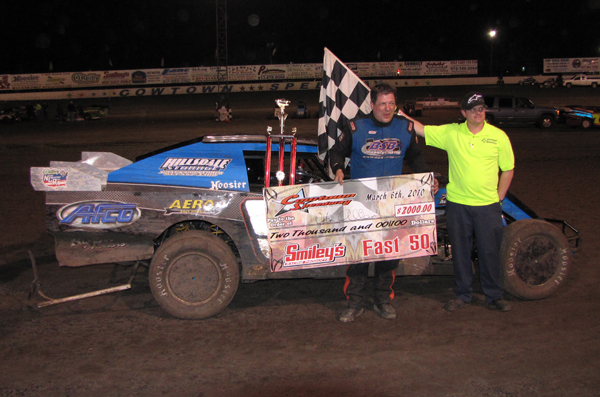 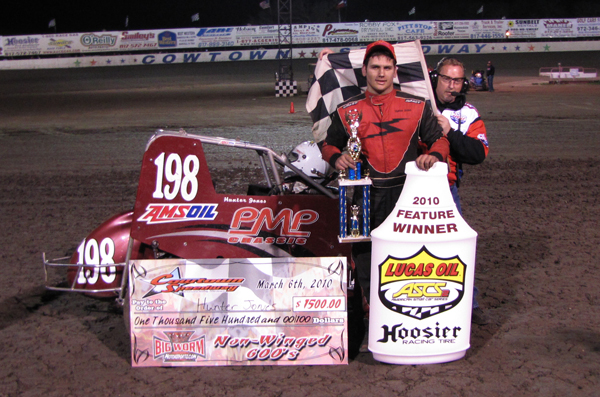 There was alot of excitement and a twist to the 2nd Annual Cowtown Midget Championships, sponsored by City Vending, National Health Care Advisors and Sunco Race Fuels. After a hard fought 35-lap race, Danny Stratton, from Indianapolis, IN, edged out Brad Loyet, from Sunset Hills, MO, to take the checkered flag in the Midget feature. However, a post-race inspection by the SMRS/USAC officials, found that his car had exceeded the "width-measurement". Stratton had to settle for 24th place. Brad Loyet, driving the #05 Midget, was eventually declared the $3,000 winner.

In the Modified feature, 24 cars started the "Fast 50", but only eight finished. John Allen, from Chanute, KS, managed to survive the 50 laps and pickup the $2,000 feature win.

In the ASCS2 Non-Wing 600s 30-lap feature, Hunter Jones managed to outlast Donnie Ray Crawford, who was involved in a bad flip, to pickup the $1,500 win.

For the more information and official results, go to: www.cowtownspeedway.com

To view some photos of the race cars from Friday, click on the slide-show below:

After a post-race inspection, Brad Loyet was declared the winner of the Midget feature.

To view some highlights from Saturday's races, click on the video below: