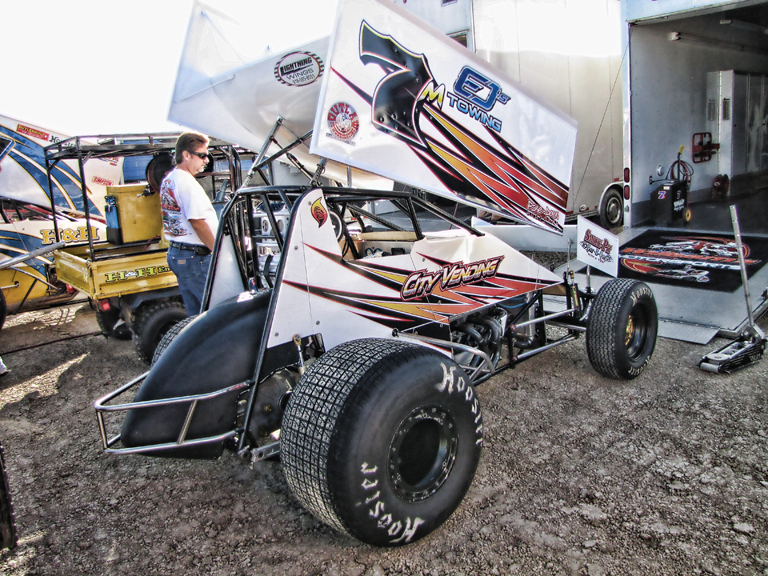 It was looking like the old Bowl was going to be good to Gary Wright again. After winning the A feature Saturday night, he was leading Sunday's A feature finale in the 36th Annual O'Reilly Winter Nationals at the Devil's Bowl Speedway. However, a few laps into the 30-lap race, Kevin Ramey, the ASCS Lone Star Regional Champion, passed him for the lead and never looked back for the Lucas Oil Sprint Car Series win sponsored by K&N Filters. Kevin and his crew took home an impressive $6,000 first place money for their effort. Gary Wright, #9x, had to settle for second. Shane Stewart, #57, the current Lucas Oil $60,000 points chase leader, was third. With his third place finish, he extended his points lead to 24 over the "Ragin Cagin" Jason Johnson. Johnny Herrera, #45x, was fourth and coming from back in the pack was Sammy Swindell, #10. For more information and results go to: devilsbowl.com

Gary Wright (above) was second and Shane Stewart (right) was third.

To view some photographs taken Saturday of the race cars, click on the slide-show below.

Sprint Wreck. (below) No serious injuries.

To view a video of Saturday's races, click on video below.