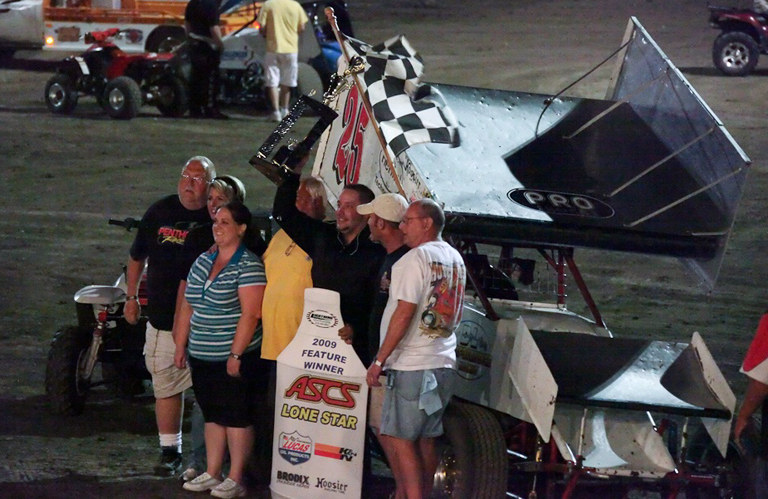 Brian McClelland, a former ASCS Sooner Region champion, from Tulsa, Oklahoma, won the American Sprint Car Series Lone Star Region 25-lap feature at Kennedale Speedway Park Friday night. Starting on the front row, Brian and Skip Wilson battled back and forth for the lead until Travis Rilat took over the lead about halfway through the race. Rilat was looking like a winner until he had to drop out due to mechanical problems with only a few laps to go. Brian regained the lead and never looked back. This was the first win for veteran car owner Ronnie Davis since Brian joined him a few weeks ago. The top five finishers were Skip Wilson, Kolt Walker, Eric Baldaccini and ASCS Lone Star points leader Kevin Ramey. Saturday the ASCS Lone Star Region Sprints moved across the fence to Cowtown Speedway.