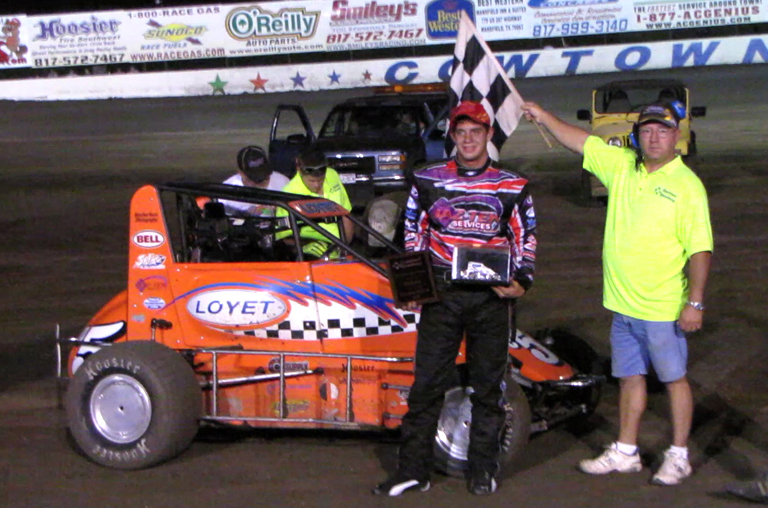 The USAC/SMRS Midgets returned to Cowtown Speedway for the second time this year. They were also there in February for the Cowtown Midget Championships. Brad Loyet, the Great Plains Midget Series points leader, defeated Jonathan Beason for the 30-lap feature win. Fort Worth's own Kevin Ramey placed fifth.

In the Limited Modified Cowtown Challenge, Tory Yant accepted the Challenge. He gave up his front row outside position to start in 24th place. If he had gone on to win, he would have won $1,000 plus $2,200 in sponsor money for a total of $3,200. Tory finished ninth, so the $2,200 was divided equally among the top ten finishers. Justin McCoy took home $1,200 for the feature win.

Jeb Sessums continued to be the driver to beat in the 600 Wing Mini Sprints. Jeb won his 10th feature in-a-row. Sean Jones is making a strong showing in the Modified class. After starting from the back of the pack, Sean went on to win his third Modified feature in-a-row. 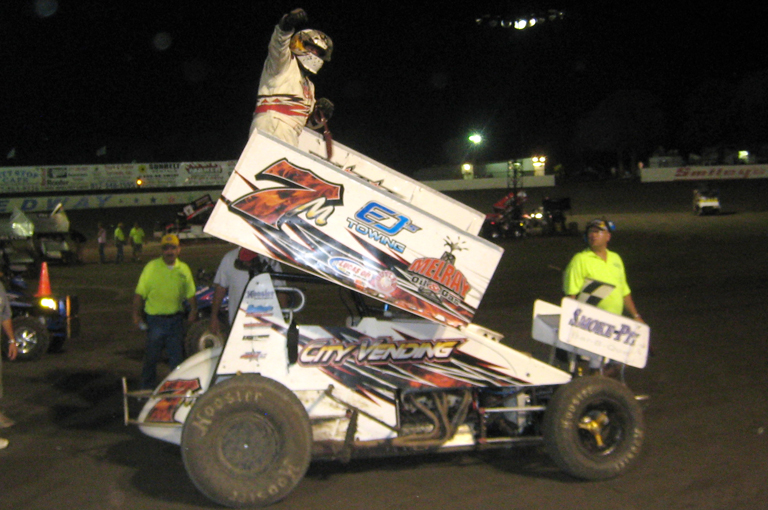 Kevin Ramey, above, celebrating an ASCS Sprint win earlier this year. Cowtown Speedway Midget Madness highlights video from Saturday night. To view video full screen click on the wide screen box that is to the right of the sound button.

It's about time that local motorsports get a little media coverage! Keep up the good work!